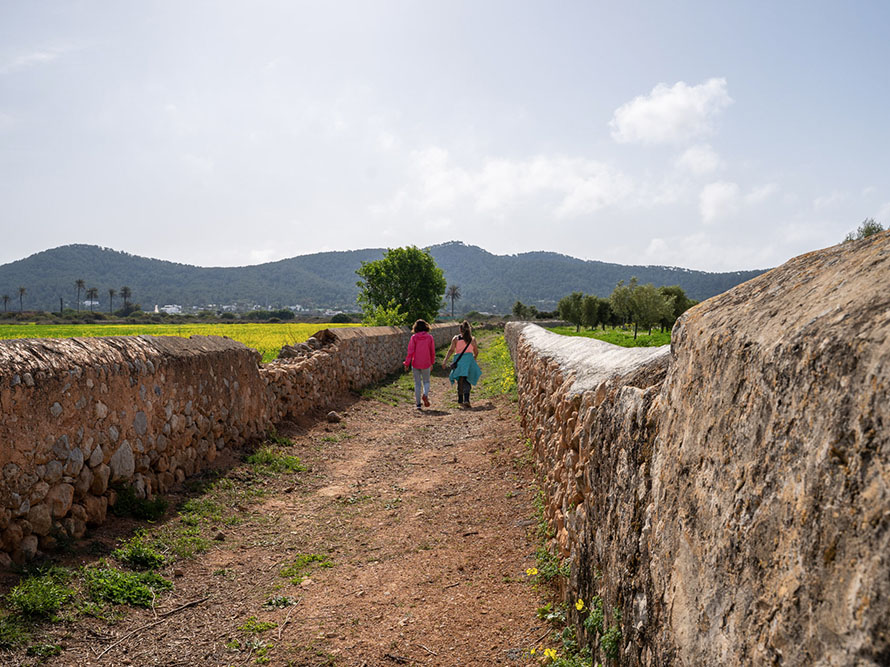 There is a route in Sant Josep that is brimming with history that will take you back to remote times when the earliest industries began to emerge in an island which had been showing considerable economic promise since Phoenician and Carthaginian times. Activities that established Ibiza as a commercial hub, which even by the 4th century AD was already strategically important. Phoenicians, Romans, Arabs, Christians… every step along the way of this particular route has history written all over it and below we show you where and how to find it.

Let’s start from the beginning. At the southern end of the popular Playa d’en Bossa beach, on a rocky hill covered with brushland, rises the 16th century watch tower built to protect workers in the salt pans from marauding pirates. This is the Es Carregador tower. It takes its name from the activity for which it was well known, as in the shelter of a small harbour and quay, the remnants of which can still be seen, the salt destined for Ibiza was loaded, as part of an industry that began in the Phoenician period, but which under Arab domination and subsequently Christian rule, grew to become an important export.

The small half-moon shaped cove where the harbour known as La Xanga lies, also reveals one of the activities carried out in the area, line fishing for tuna and its subsequent salting and loading for dispatch. In fact, at present, the ancient, cobbled square where all this commercial activity took place-and which at one time covered an area of 6,000 m2, is being meticulously restored-to bring to light all the elements of this past industry. 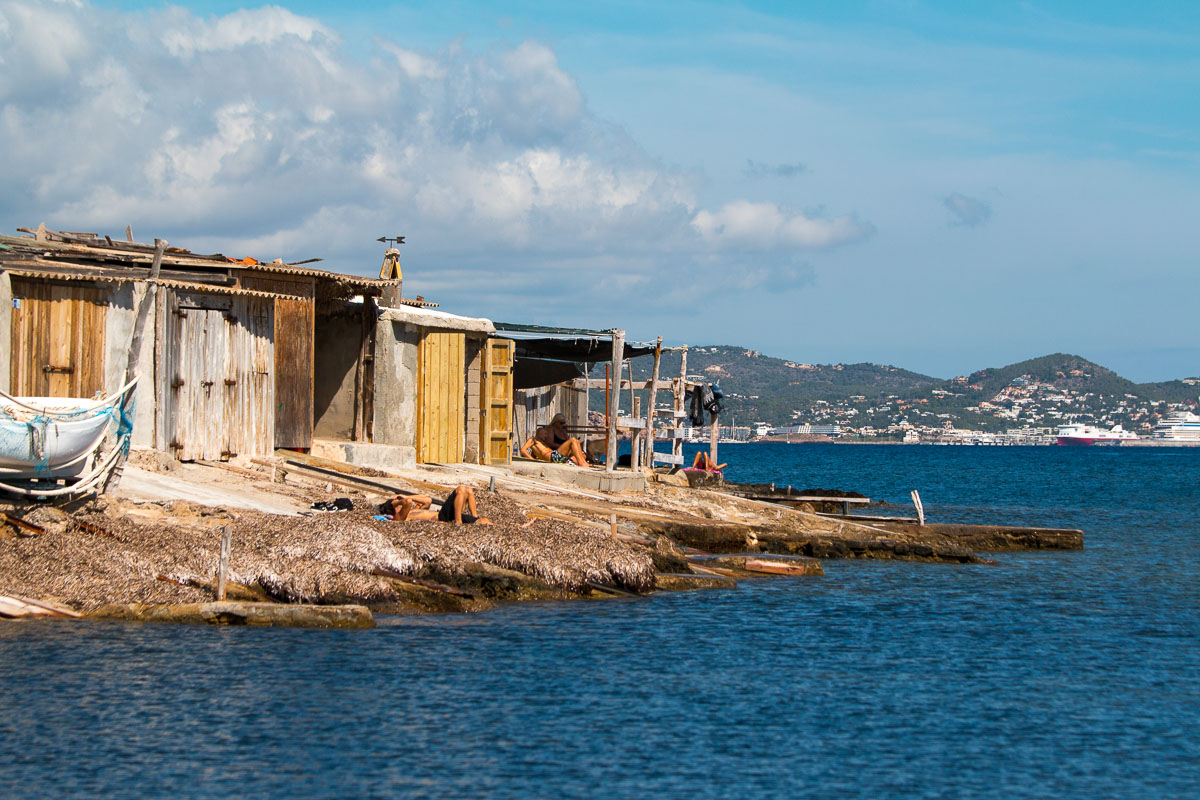 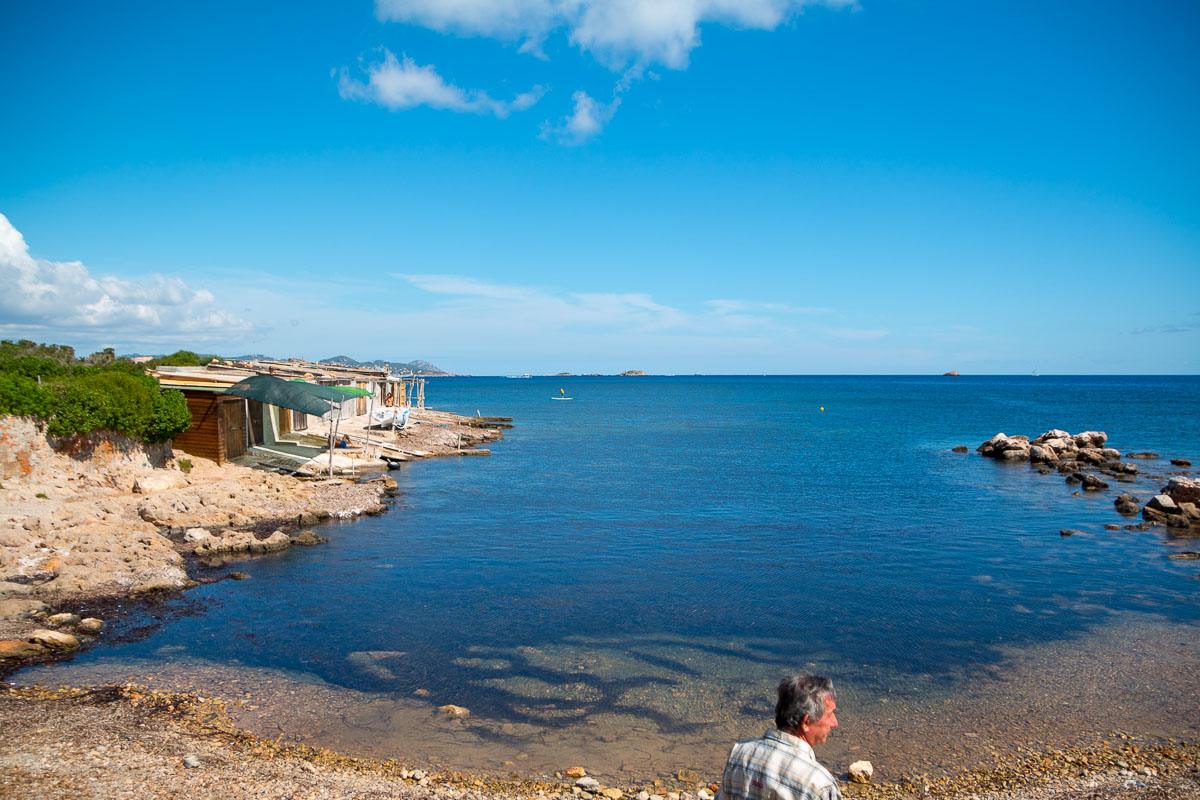 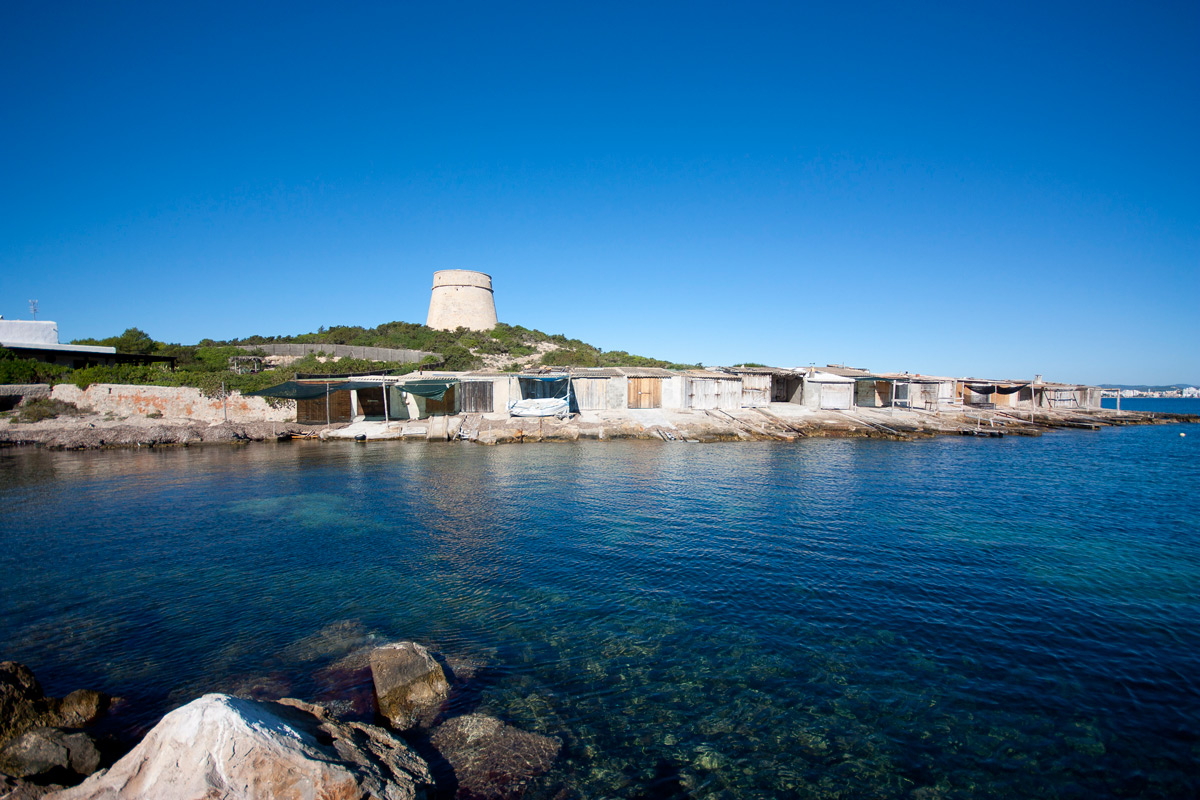 However, the loading of salt as well as the fishing and salting of tuna was not the only activity that kept-this little corner of the coast busy in the past. By the Roman era, the island was considered an important producer of Tyrian purple which was used to dye fabrics, mainly wool. Purple dye was obtained from the shells of three species of mollusc and their exploitation was extremely intensive, to the point where the populations became practically extinct. La Xanga was one of the main places where the shells were extracted and ground.

This area is easily accessible and will give you time to contemplate and discover every aspect of what was once an important industrial site: the mole, the water cisterns, the tower that protected the workers… stones that speak to us of their history and industry.

From the cliff top where the tower rises, to the northeast, you can see vistas of Playa d’en Bossa and the ancient walls of Dalt Vila with the Cathedral crowning the impressive, fortified town. If you turn to the left, you will catch a glimpse of the canals that feed the salt pans of Sal Rossa which, together with other inlets, provided sufficient flow in and out as needed to decant and accumulate the sediment that produced this precious white mineral.

The route begins in the direction of the salt pans following a well indicated path, the cami de sa Sal Rossa, which takes you alongside the mountains, on your left and with the flat salt pans on your right.

After a few hundred metres you will reach the tiny village of Sant Francesc de s’Estany, essentially a salt village. Its white church on the other side of the road marks the beginning of the section: el carreró de Can Blai.

Recently recovered and restored, this path crosses the flatlands of the salt marshes, between stone walls that are topped with what is known as “esquena d’ase“, a triangular shape terminating at the top of the wall giving it a finer finish, at times whitewashed. The channels of torrent d’en Parra, which was also part of the network of paths in the area, are lined with this same type of sturdy walls. The path at times is 4 metres wide and the restoration work included the installation of a couple of benches for people to rest and barriers to block vehicles, all of which makes the walk even more relaxing.

Following the path, you pass the salt pans and are treated to an amazing panorama that affords glimpses of the rich birdlife of the marshland, including flamingos, and views of the farmland that borders the salt pans. Open skies and wide horizons surround you as you walk your route.

The airport runways provide the border to your path in the direction of Codolar beach and when you get there you can connect to another route for walkers and cyclists which takes you to the farthest parts of the park, namely sa Caleta , es Bol Nou and punta des Jondal. You can discover all the details of this route here. 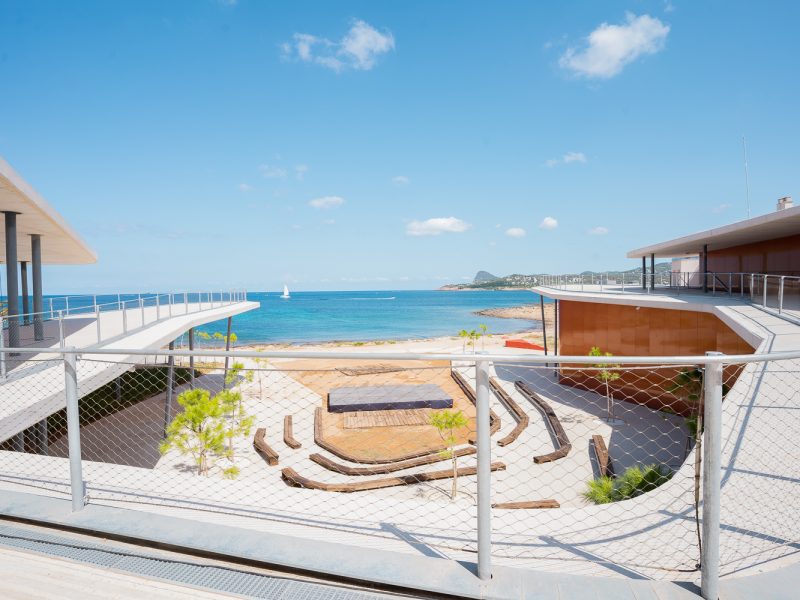 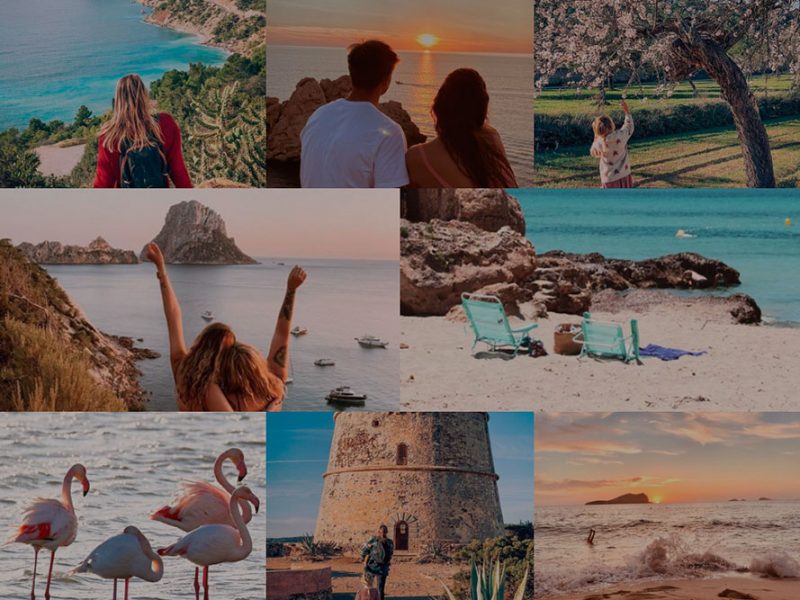 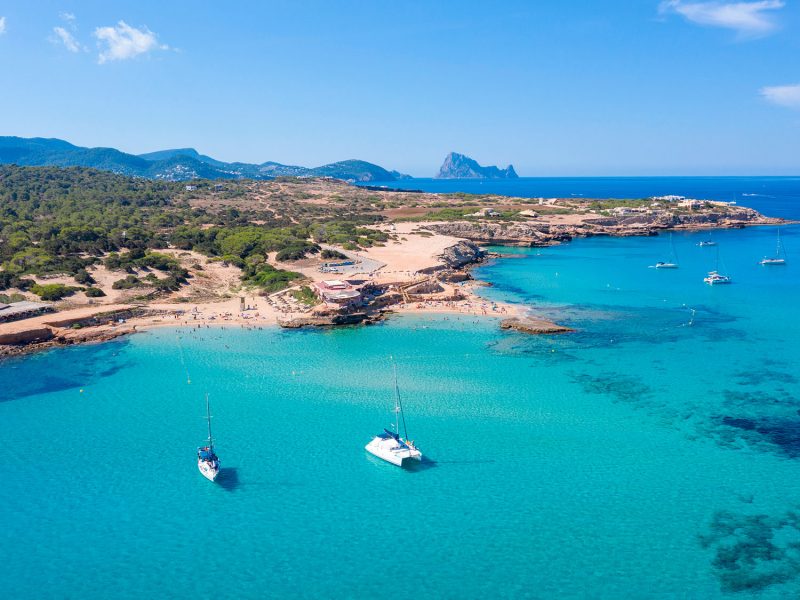