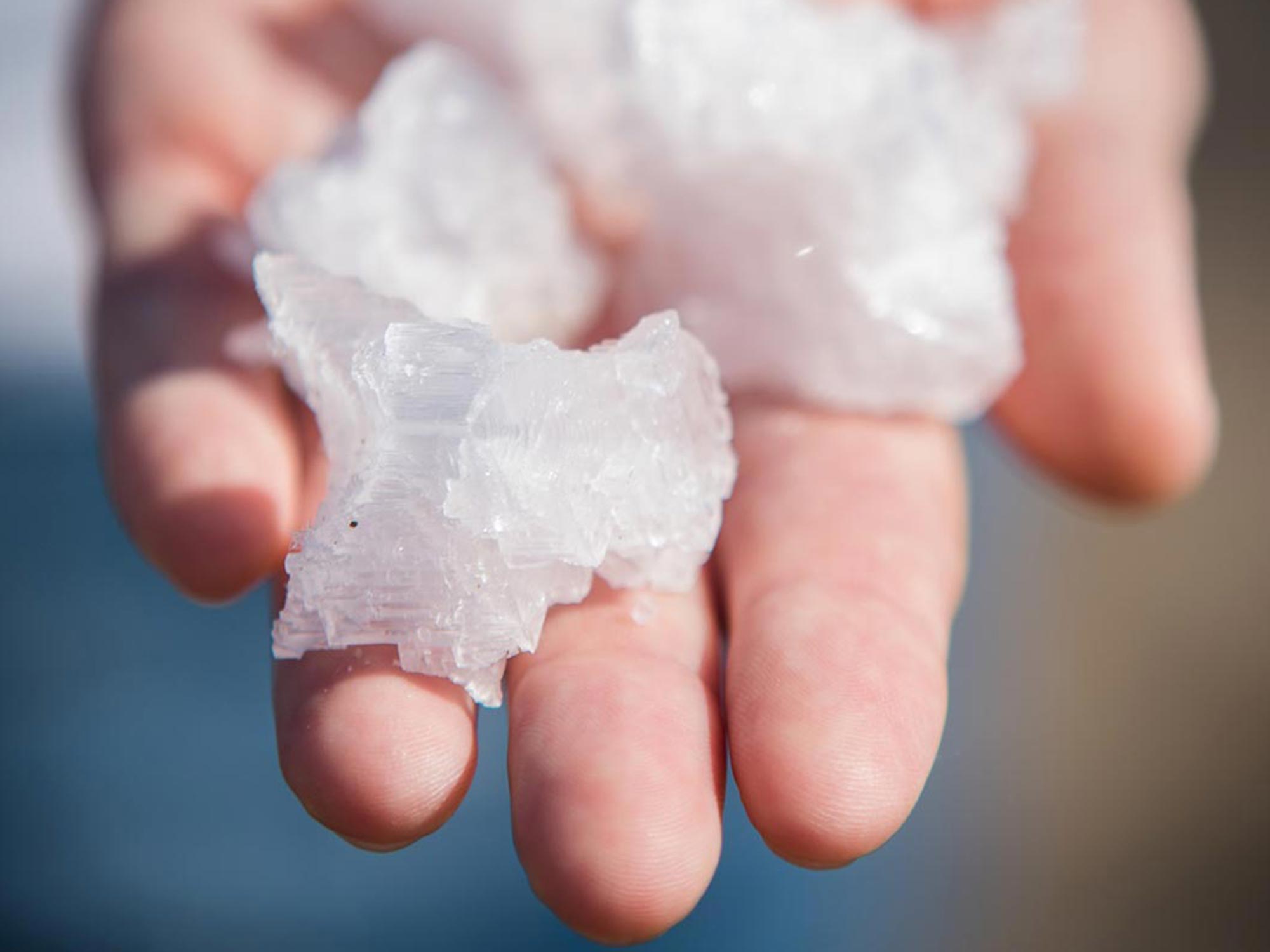 The Salt Festival is celebrated in October and represents a new tourist and cultural event destined to promote local heritage and culture.

Organised jointly by the Town Council of Sant Josep, Eivissa Council and the Nature Reserve Ses Salines d’Eivissa i Formentera, the Feria de la Sal aims to pay tribute and to remember the people who worked in the salt-pans and to use a variety of activities throughout the day to promote awareness of the traditions which surround the manual extraction of salt.

The initiative is intended to reduce the seasonal nature of the tourism industry while introducing an additional attraction for both residents and visitors linking tradition and culture to tourism, with activities which are related with tradition and custom to produce greater diversification which will simultaneously allow people to approach the Nature Reserve from a different point of view.

Salt played an important role in the classical world as a preservative for foodstuffs and gave rise to the creation of the salt-pans by the Phoenician settlers who were major producers of salted fish, an activity which continues today. Salt has been the principal source of wealth for Ibiza, the income from which was the basis for the economy and permitted the existence of the university and the government administration, financing the building of the walls and towers for defence of the whole island. 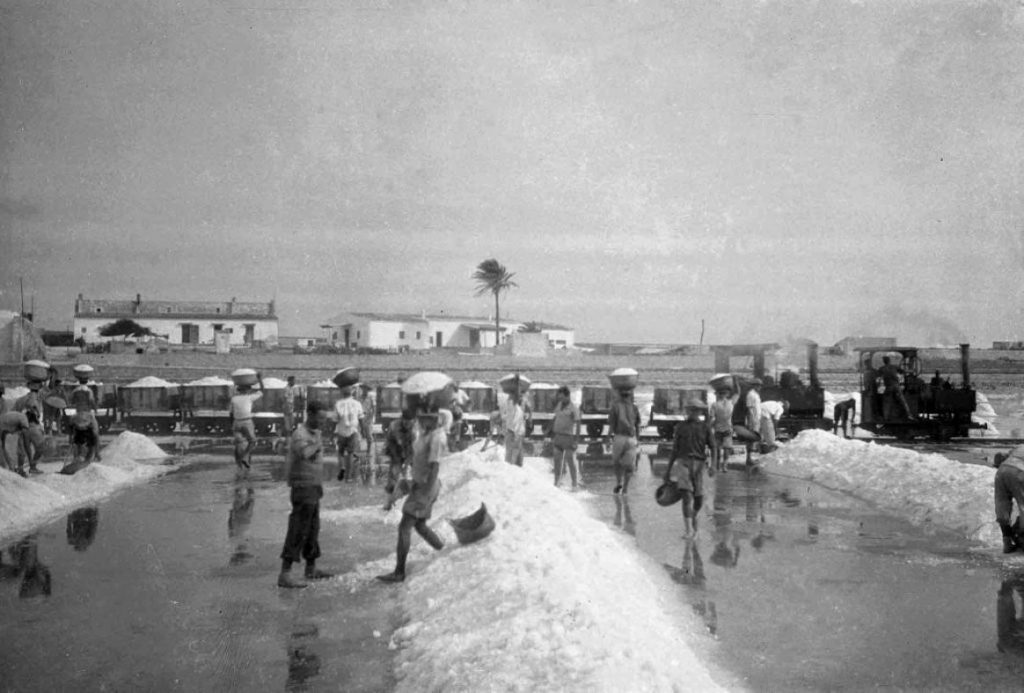 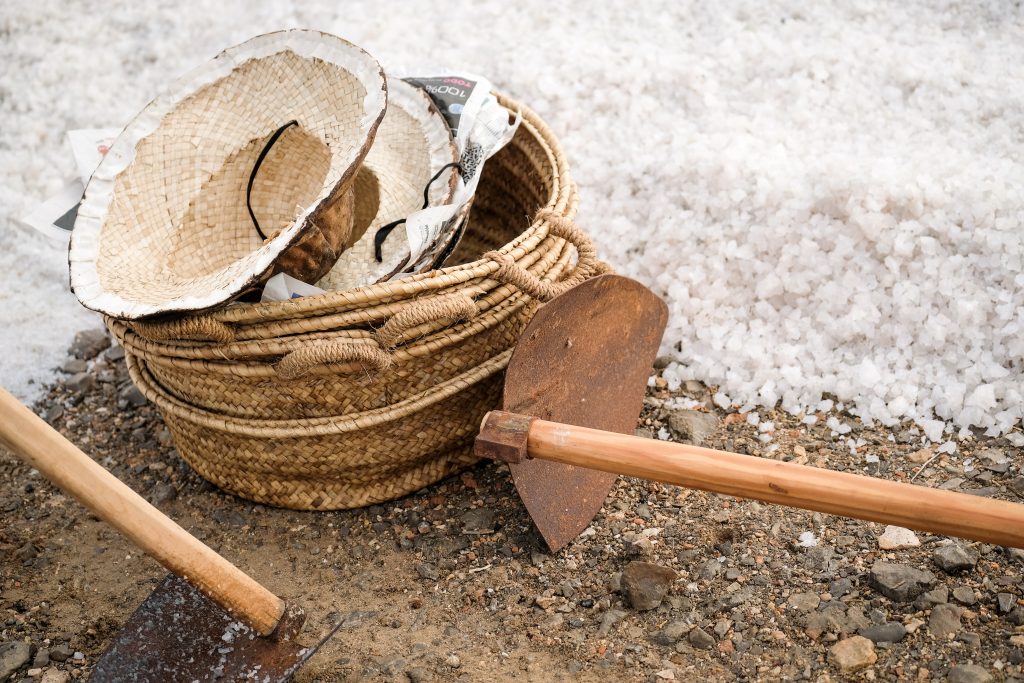 The Festival will begin with a fogueró at the Era de l’Antic Munt de Sal, a threshing floor next to the old salt mountain, evoking the ancient tradition which called upon salt producers from all over the island to come to work on the extraction of salt.

A central act in the Festival shows the manual extraction of salt by a group of salt workers on the flats with original tools and costumes. The salt was extracted manually until 1955 when the company

“Salinera Española” began the mechanization of the process and now, many years later, it is possible to witness a very realistic representation with commentary from a former salt producer. 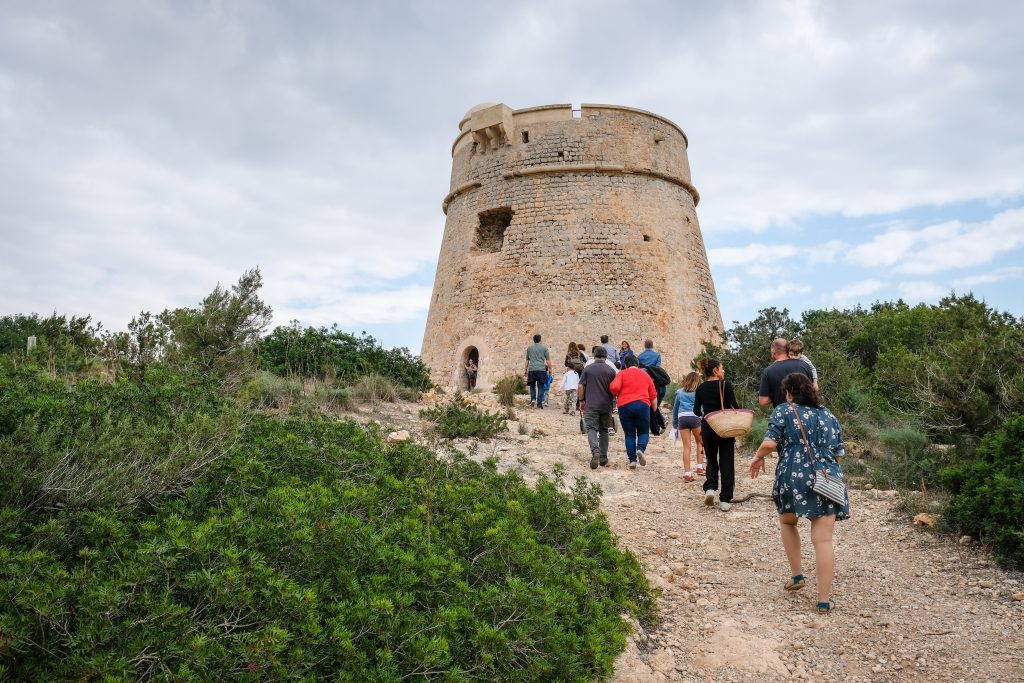 The Parc Natural de ses Salines d’Eivissa i Formentera is the nature reserve with the broadest and most valuable bio-diversity and eco-systems on the Ibiza and Formentera. Guided visits during the whole morning starting from the  Centre (Centro de Interpretación) allow the complete enjoyment of its unique nature. 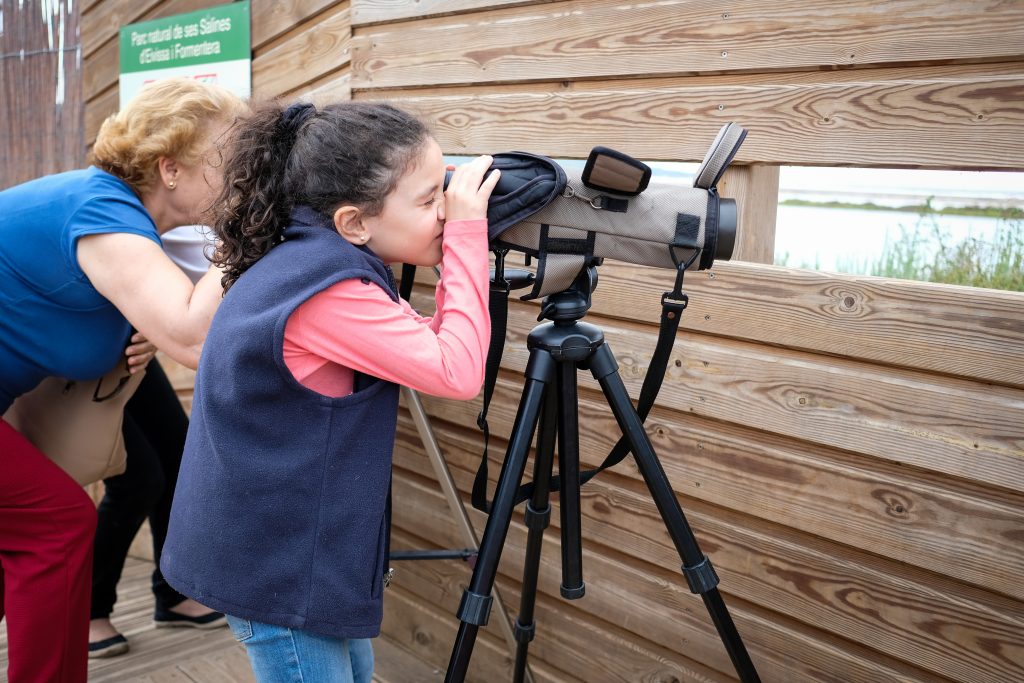 The traditional uses of salt as a preservative are demonstrated and explained: olives, meat and dried fish with a tasting of a traditional dish with salt meat known as huesos con col.

At mid-day the local restaurants also take part in the event with a special menu for tasting typical dishes made with seasonal products with the salt of Ibiza playing its part.

The folk music group of Sant Jordi interprets a traditional lbizan dance while the parish priest acts out the Christian ritual of Salpassa which toured the homes in the a rea leaving holy water and salt at the doors for their protection. 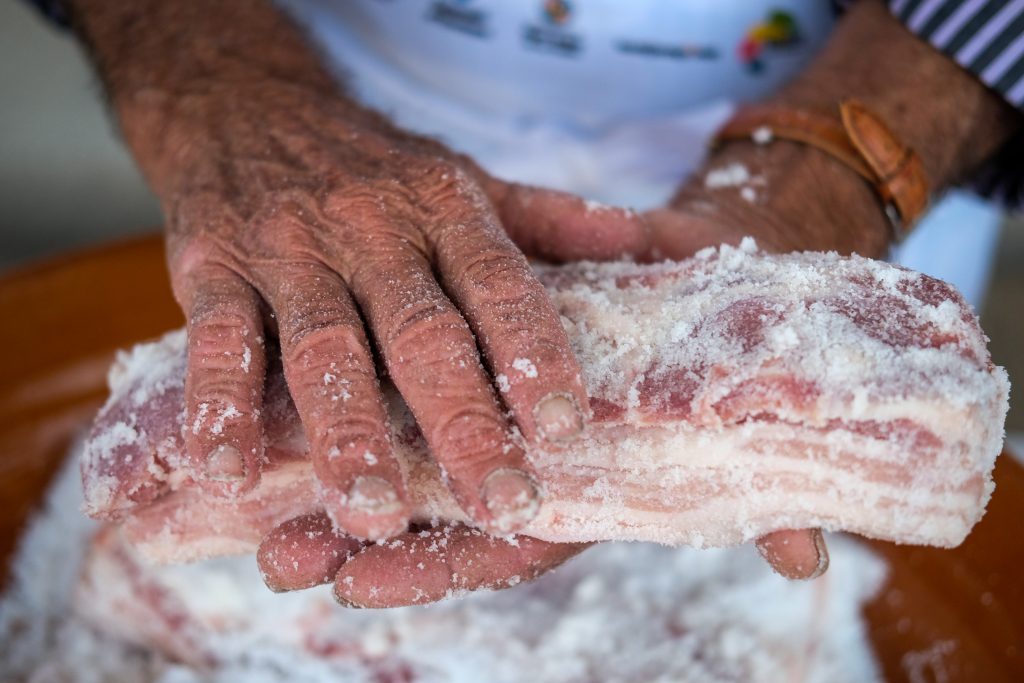 Audio-visual materials are to be shown in the exhibition hall La Nave with talks and conferences with the participation of historians and former salt producers explaining the historical importance and the heritage of the salt producing industry.

The Pou des carbó, a well which has been supplying water since 1785 and which was used in the work of producing salt, may also be visited. 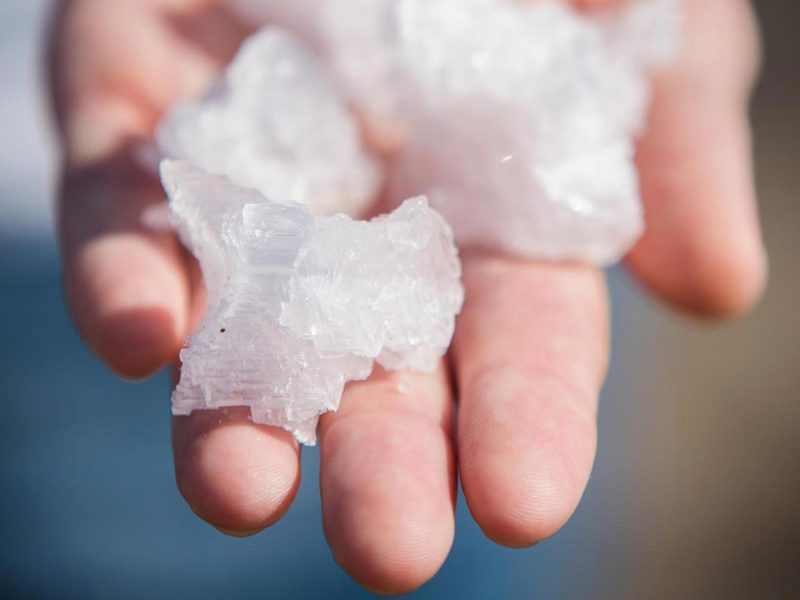 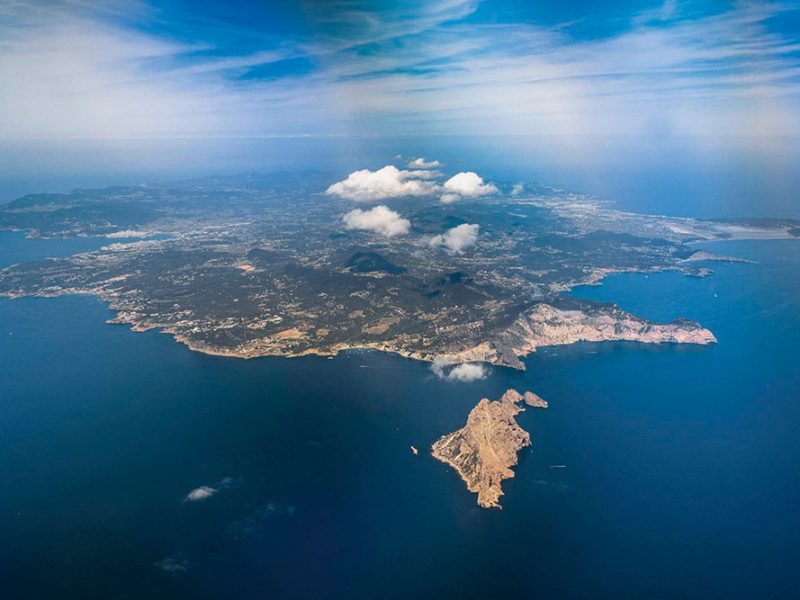 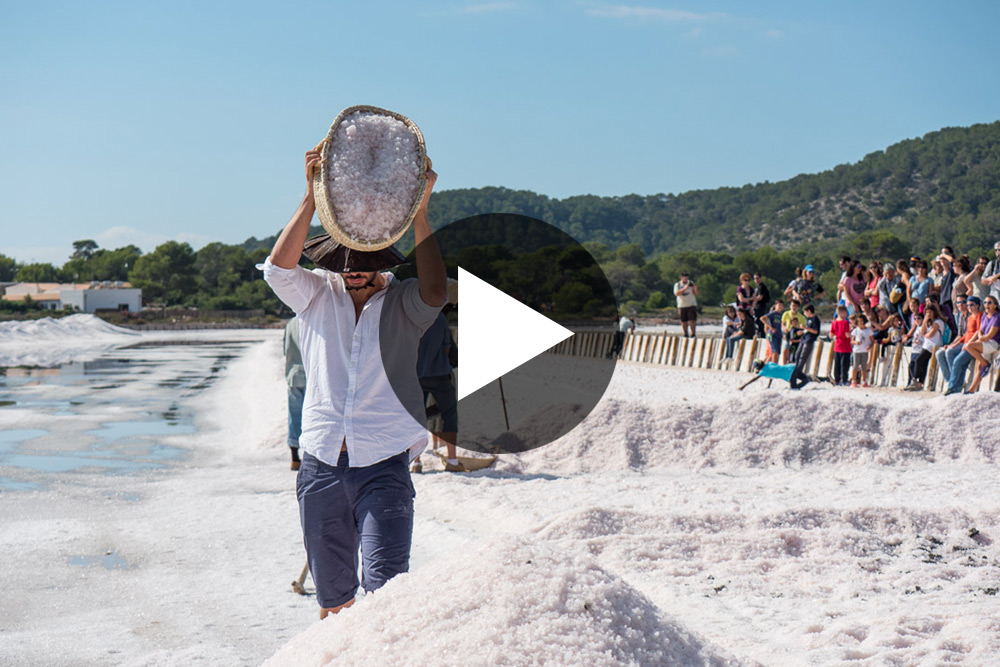