In the beginnings of XVIII century, great properties of the present municipal term of Sant Josep had been considerably populated, so that people?s wish to have their own church somewhere closer than Sant Antoni de Portmany church was growing stronger.Thus, in 1726, inhabitants of those territories named es Vedrans and Benimussa asked the visiting Archbishop Manuel de Samaniego to allow them to build a new temple. Once such demand granted, works started in the beginnings of 1727, in a place known as Coll de Cala Vedella, which is, in fact, the point where the church is still erected. Master Pere Ferro, from Denia, who worked as well in renovation works of Santa María de Eivissa church and of the Convent (Dalt Vila), was in charge of Sant Josep works, from February 1730 until their end. On 15th August 1729, the first mass was held there.
In 1731, the keystone of the last vault of the building was laid, this meaning, in fact, the end of the works. The church was dedicated since the beginning to Saint Joseph and it originally was a vicary. It was in 1785 when it became a church parish, which it still is nowadays.

Many of the numerous works of religious art of the temple were destroyed during the 1936 war and those which can be presently found inside of it are later works, though one can point out the wooden baroque pulpit decorated with a representation of the mysteries by the painter of Mallorca Josep Sánchez Ocaña, between 1761 and 1763. Despite this, some of the works of religious art which were then damaged suffered in fact only partial damages and the Patrimony Department and the Saint Joseph parish are presently carrying out a program for their restoration. Thanks to this initiative a statue of Saint Anna and a painting of the Eccehomo the latter by Sánchez de Ocaña as well, have been already restored.
The temple has a single nave, covered with a half cannon vault.

At the side of each of the long walls there are several chapels. In the outside, the walls are high and smooth, as it is canonical in the popular architecture style of Ibiza, to which this building belongs.

The main façade, south oriented, has at its top a graceful but simple church tower, and it is preceded by a porxo with a bigger central arch and two other smaller, and to its right, as you go in, the Stations of the Cross can be found. 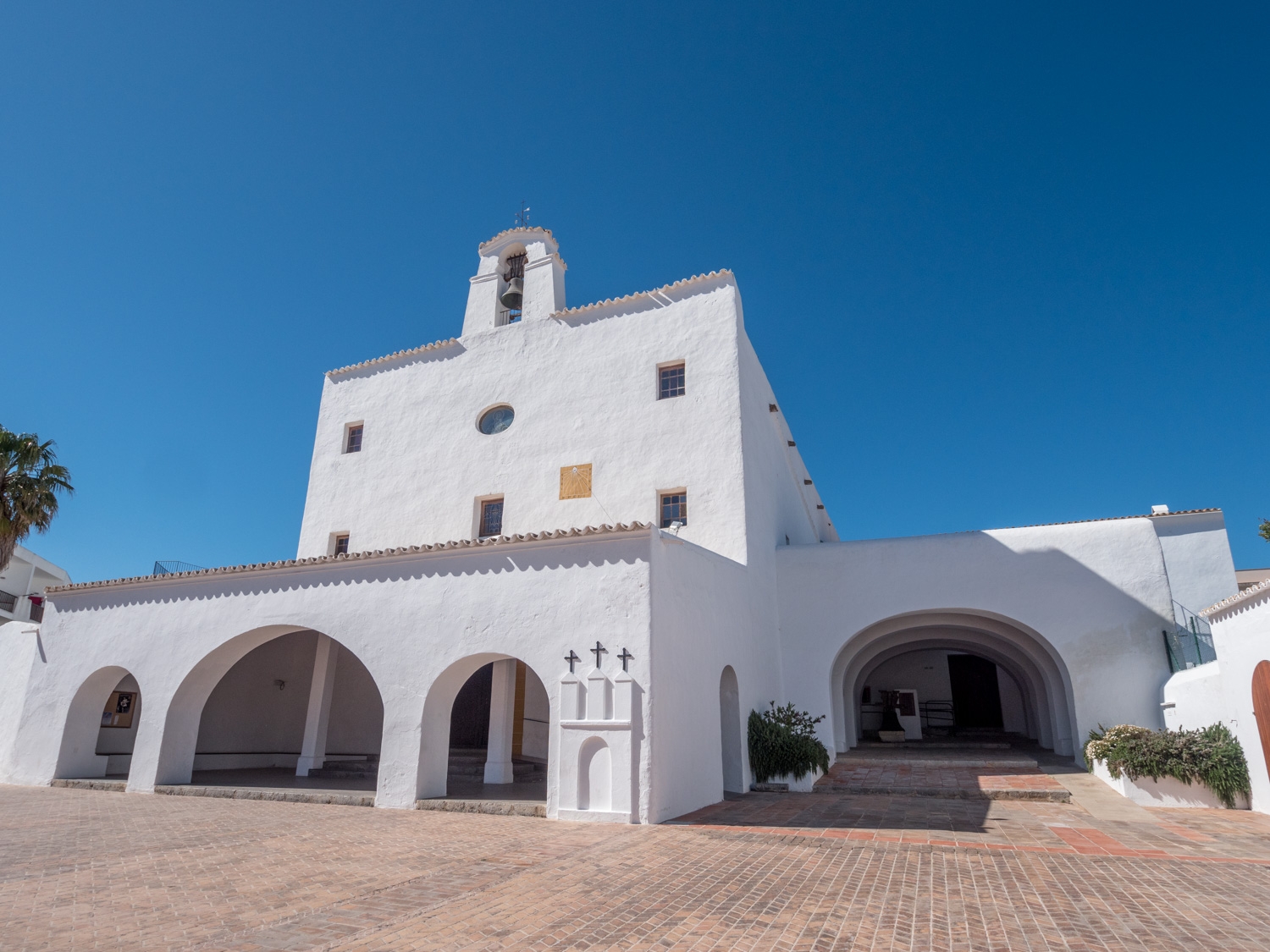 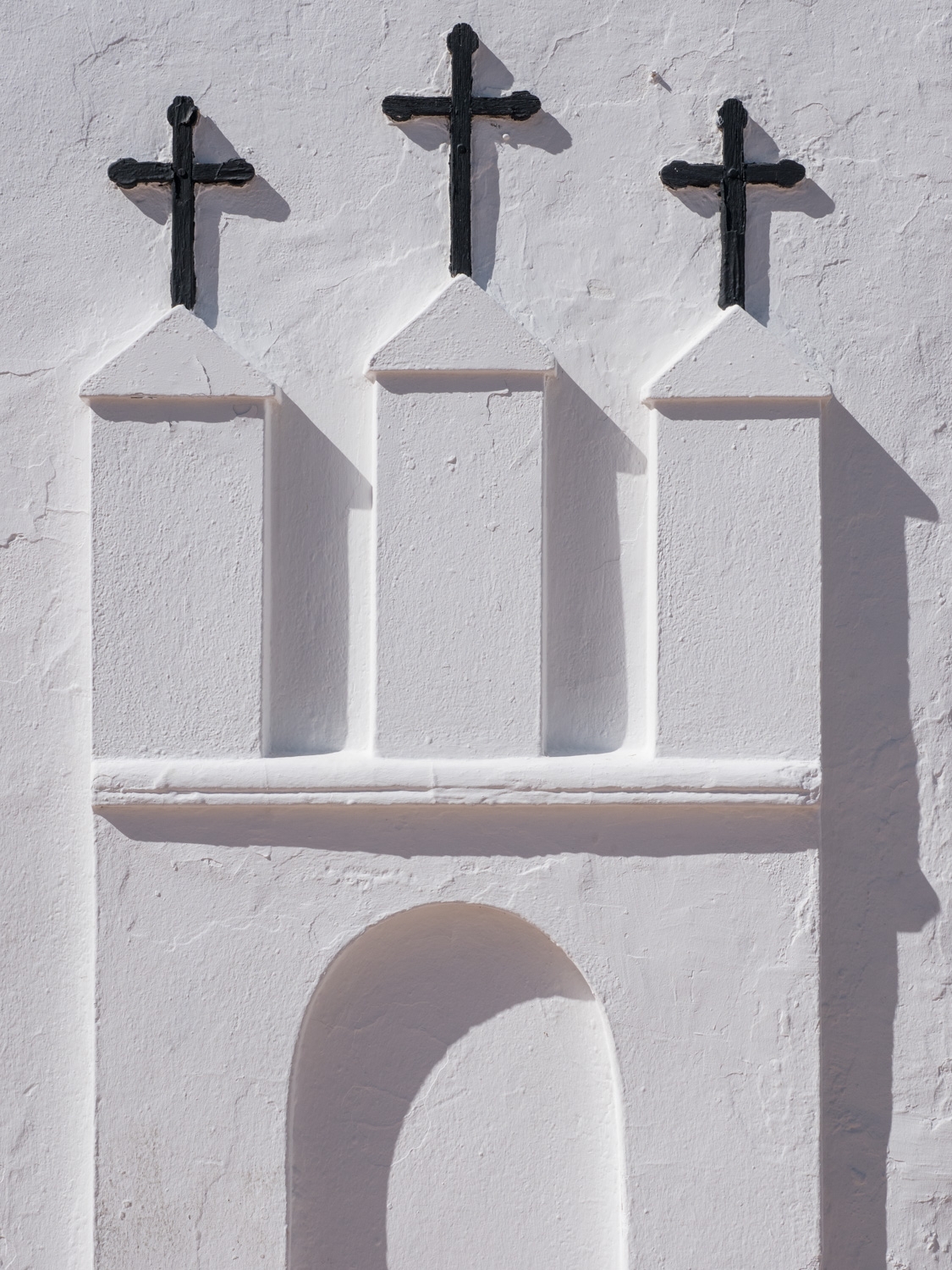 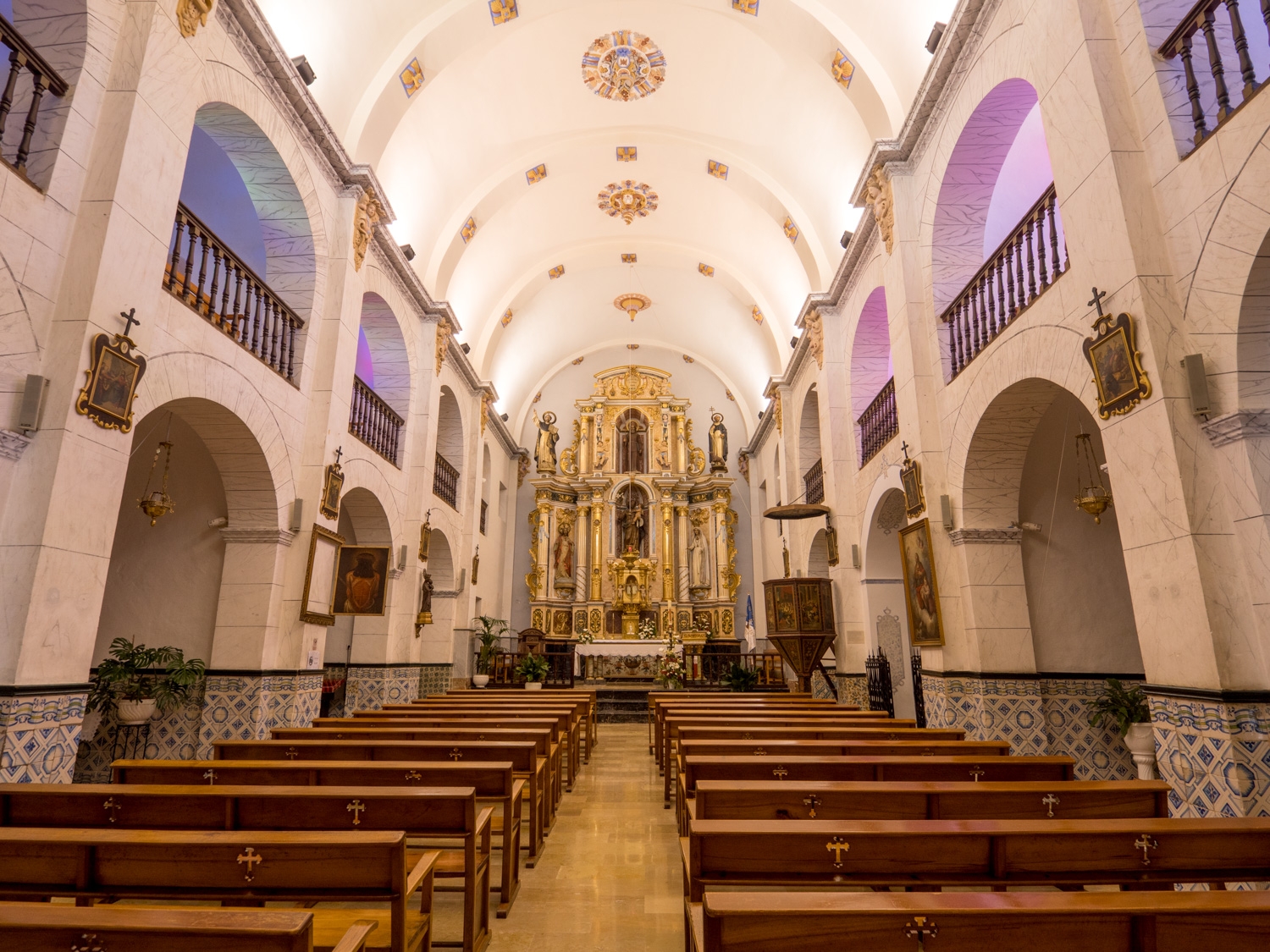 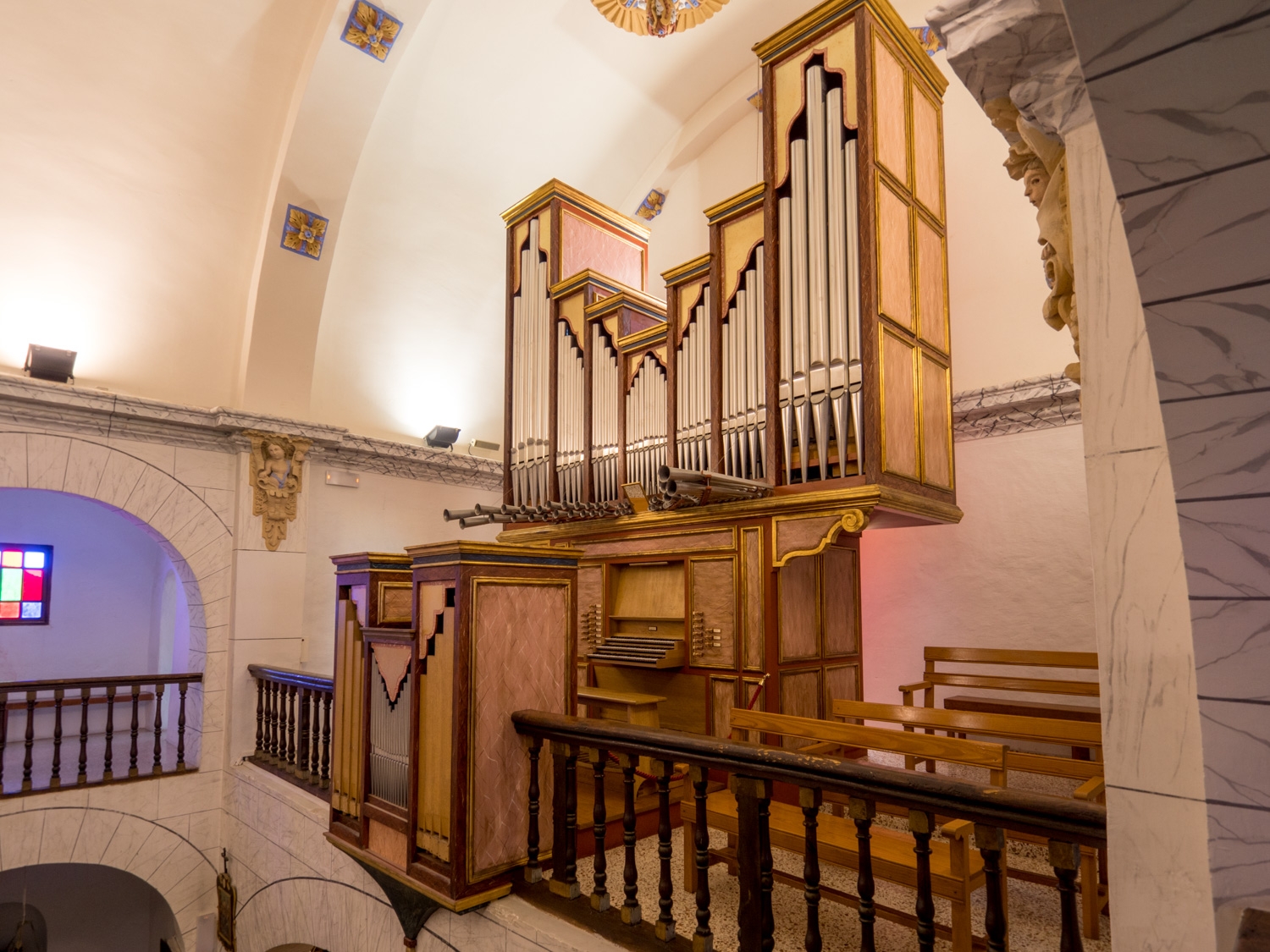 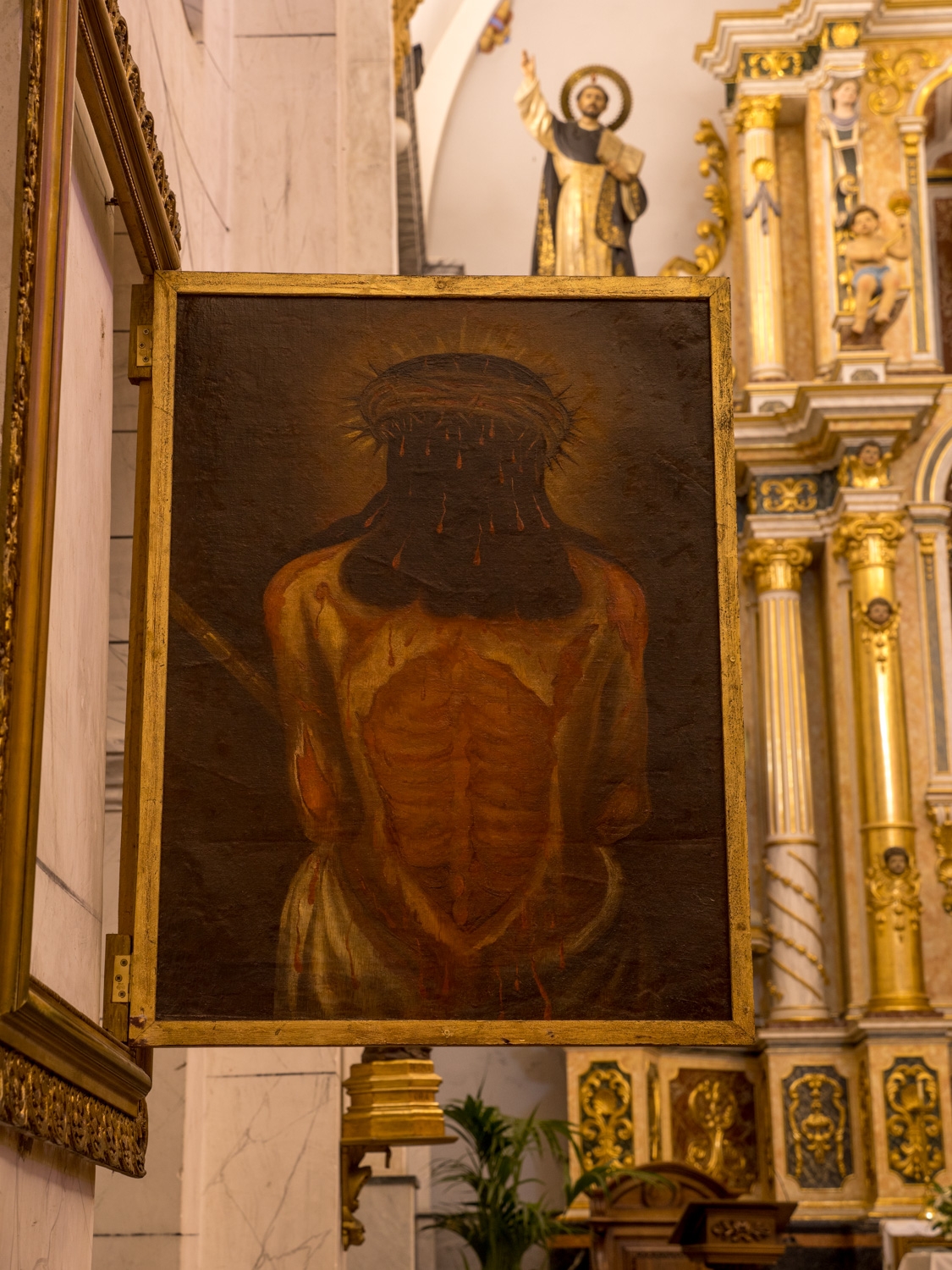 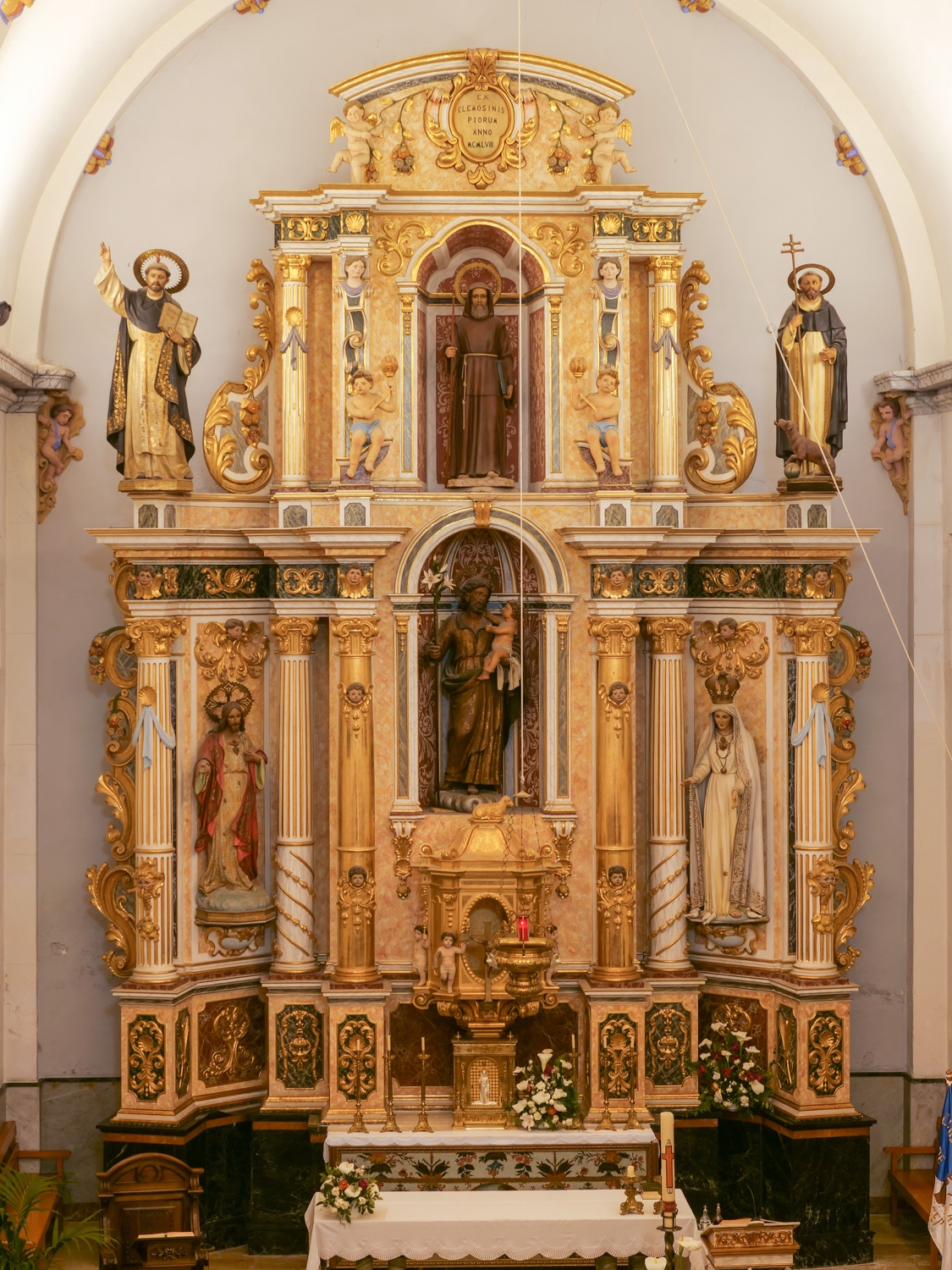