This tower defense located at the area of the same name is believed to have been built in the sixteenth century, according to written reference contained in the manuscript of Vicent Nicolau, dating from 1620, which the Capuchin Father Cayetano de Mallorca took advantage , author the Historica Resumpta published by the city of Eivissa 1751 and transcribed as follows in ell book ‘ Torres and pirates in the Pine Islands ‘ Eduardo J. Posadas López : “It is very comfortable to tip or place is next called Punta de las Puertas , so named because in the lighthouse between the island of Ibiza and Formentera lie three islands , which are called stepping three doors. on this site formerly had a useful trap that was abandoned having died operators working on it and could not restore not found many people with the skill required for the attempt. ‘s why it was built in that put a tower with enough artillery to defend fishing, that having abandoned it , was that useless. Ours Mr King , whom God preserve , rebuild it and commanded that was built back in the island of Formentera with Espalmador , crossing the fires , the lighthouse is secured and defended against Algerian corsairs”.

The tower de ses Portes des Tower with Ram , form the southern end of the island , was built in 1750 and armed with three guns . Militarily it was abandoned in the nineteenth century. In its final stage it is a slightly tapered body structure with two floors covered by a return to himself , plus the top platform . Currently has a door on the ground floor and one on the first floor. Still conserves three brackets matacán originally put up with , now gone day. 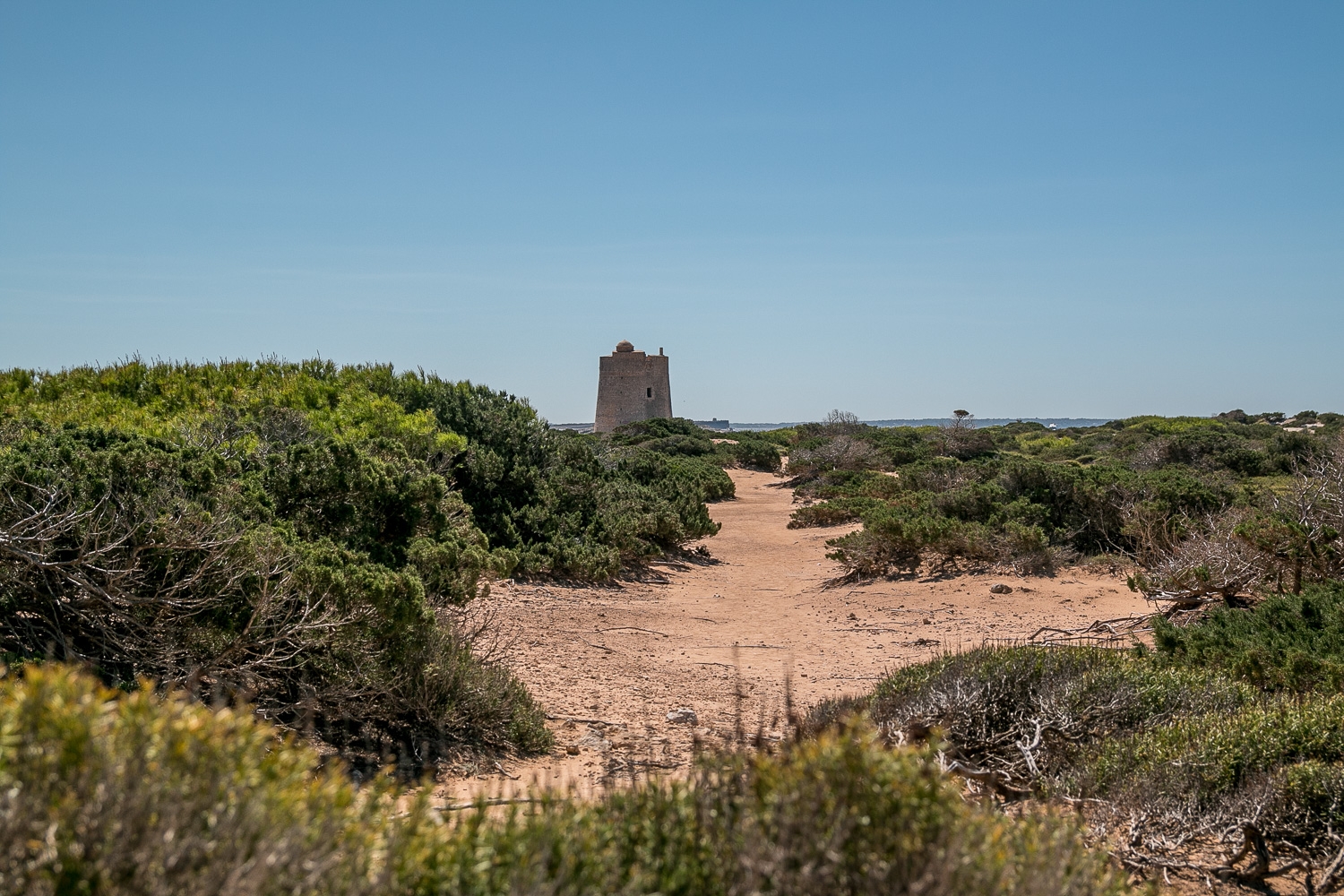 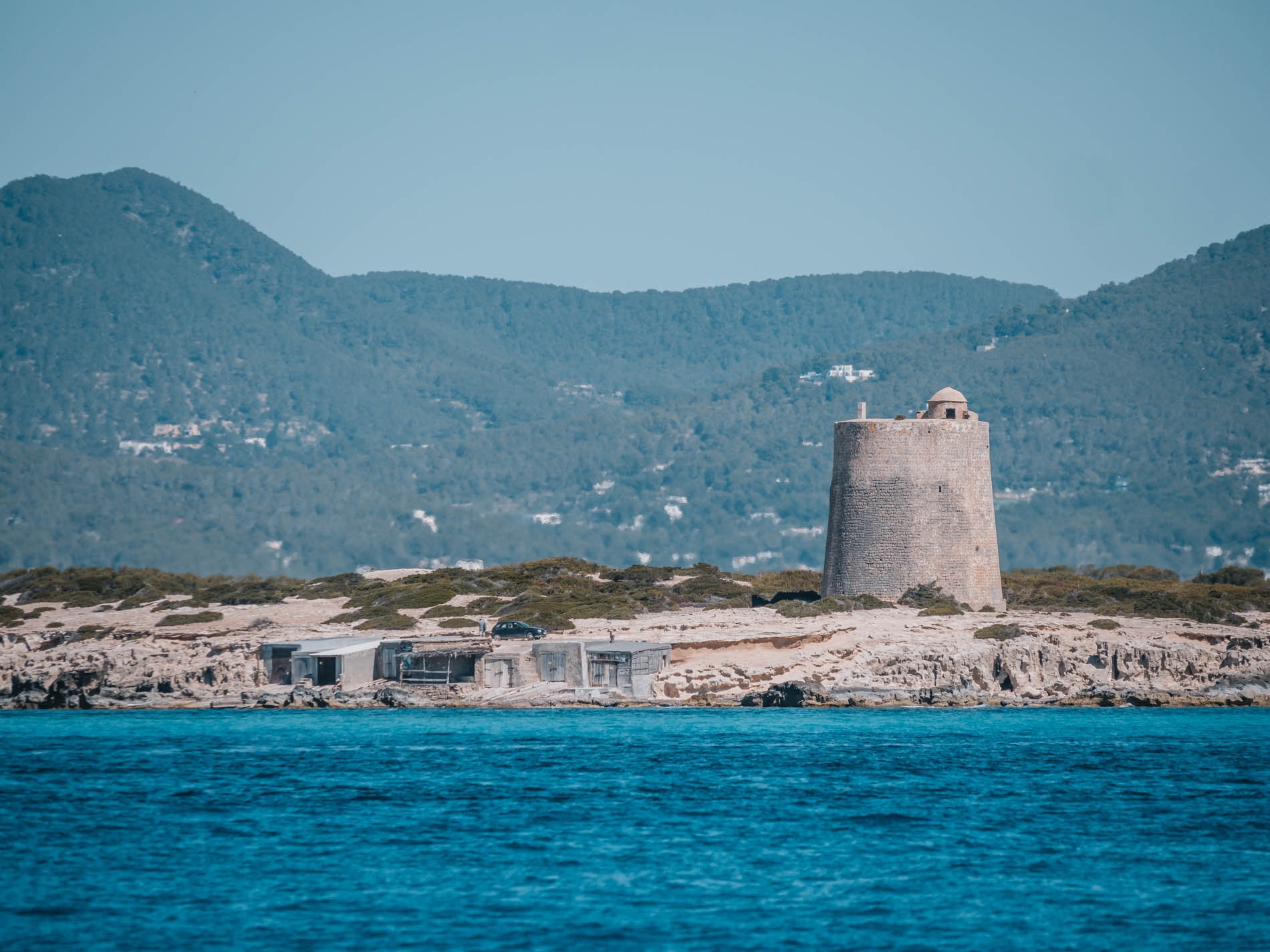 The cultural center of Can Jeroni