Few wells of water for human and animal consumption, the perforated ground for Arabs, Romans and by different people who went in earlier times the island are preserved, this particular (located in band Cas Costas in the parish Sant Jordi de ses Salines) is one of those preserved in relatively good condition.
The sarcophagus is (believed to be of Roman origin) was found in cas Serras de Baix, and brought here later. It also has a sink for watering animals. 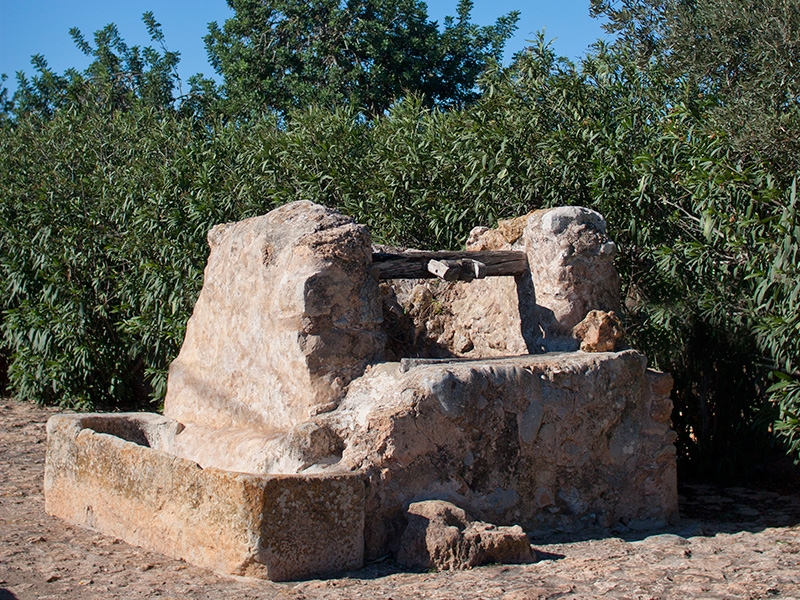