It is located at the southern end of Playa d’ en Bossa , on the grounds of the parish of Sant Francesc de s’Estany . From here you can see a beautiful view to the island of Formentera front , left whole length of the beach (the largest island ) and the background, the city of Ibiza . This tower was conceived for the protection and defense of boots salt , hence its name. Built the sixteenth century by the University with real help, is thought to be located on top of another , perhaps of Arabic origin , which already existed . Originally entire ground floor was a single room with a door .

The year 1762 was built, incorporating a new defense system that included a tinderbox . Like other defense towers consists of a ground floor and first floor which climbs a ladder, this has the distinction of being screw with steps of a single piece of Maragda . The outer door was defended by a sustained matacán five brackets , three of which are preserved almost complete .

This tower has the peculiarity that the master bedroom has built a home fire wall and the wall cabinet . 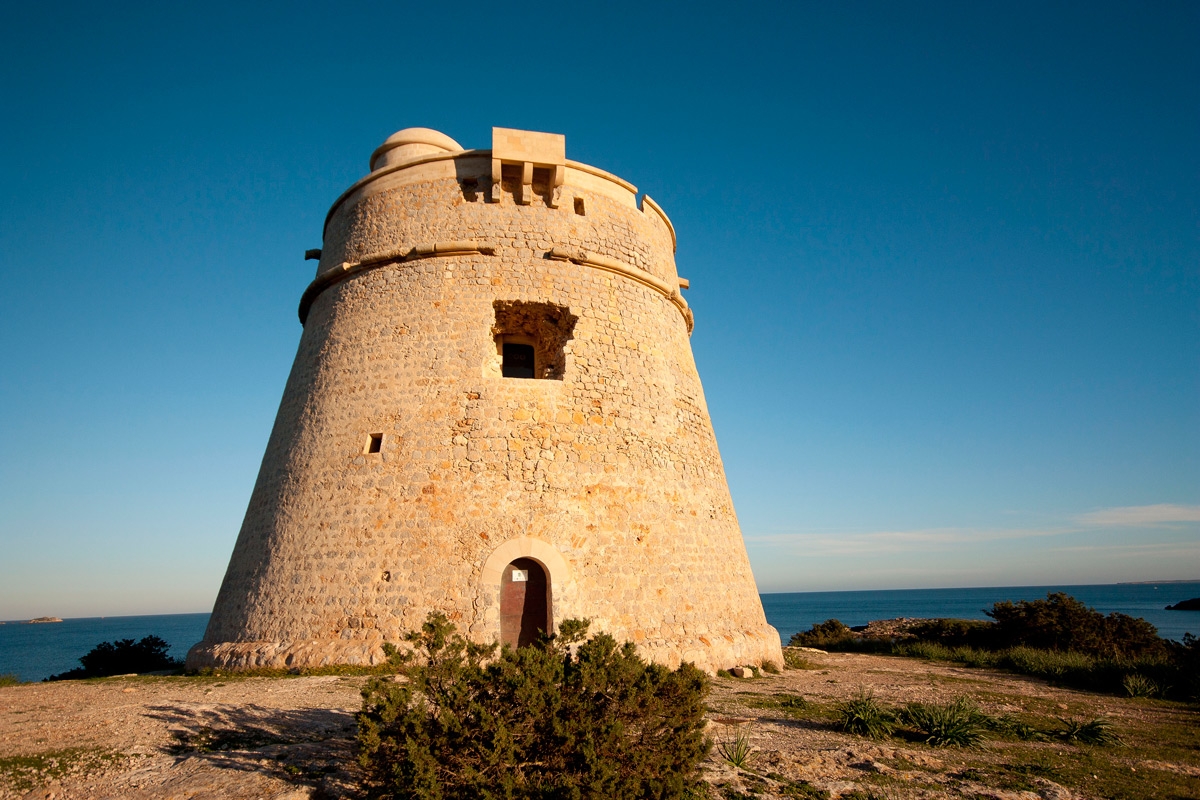 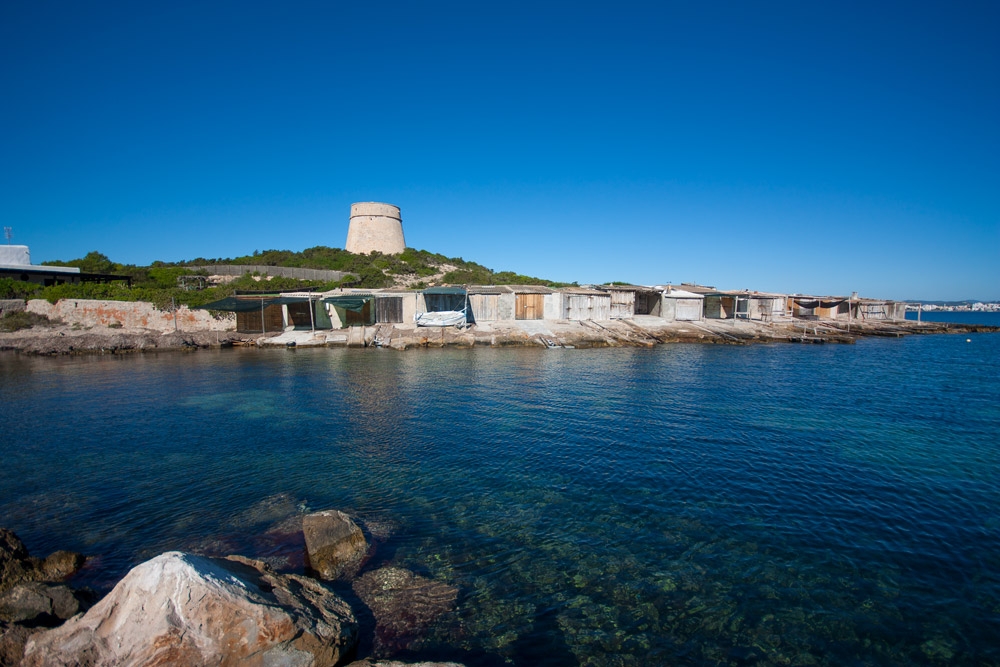