The natural park of Ses Salines is one of the most spectacular sceneries in Ibiza, with its ponds, its salt mountains and its beautiful beaches. That’s why it’s worth taking a walk to appreciate its beauty. The whole walk is about an hour long both ways and we recommend to wear sunglasses, a hat, and to use sunscreen to avoid possible skin burn.

A walk around the natural park of Ses Salines

The route is meant to start from Es Cavallet, one of the beaches in the park, known for being a nudist beach. On the way there, from the car you can already appreciate the unique beauty of this protected area, extremely rich in fauna and flora, and where you can often see flamingos in the salt ponds.

Once you get to Es Cavallet you can leave your car near the Chapel, Capilla de Sa Revista. It’s a small chapel built in the 18th Century for the workers of the salt ponds, and around it there’s a small village core. 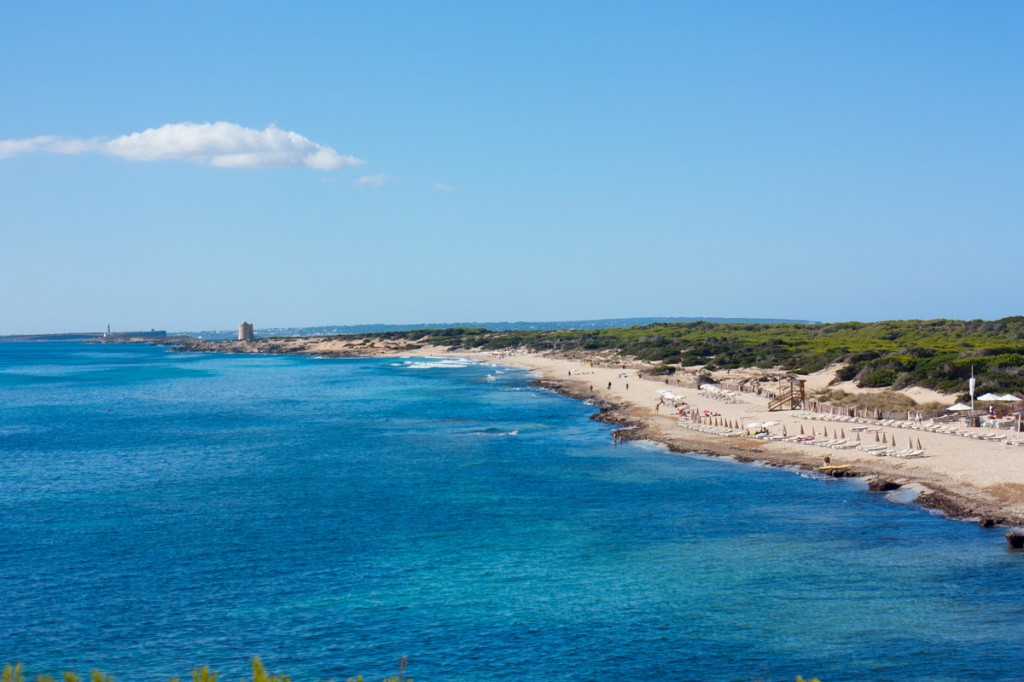 From there we’ll go to Es Cavallet beach. There are two options for going over the first stretch. One is by the beach, where you can enjoy a pleasant walk along the shore and the beach sand. And, the other option is by the salt ponds, following a trail that starts right by the parking lot of Es Cavallet. If you choose the second option, which ends up leading you to the beach, you can enjoy and observe very closely the birdlife and the salt ponds. If you opt for the beach route, you can see the sand dunes, the sea and the native vegetation.

Es Cavallet is a long sandy beach and a deep blue colored sea. During the walk you can observe some of the islets between this part of the island and the island of Formentera. This strait is called Es Freus and it has some little islands in the middle, such as s’Espalmador, one of the famous ones for being almost stuck to Formentera as well as for always having luxury yachts anchored in its idyllic beach. But there’s other ones such as Es Penjats and Es Daus, where the cargo ship Don Pedro crashed into a few years ago and sank off the coast of Ibiza. Today this shipwreck underwater site has become one of the most visited spots by scuba divers. 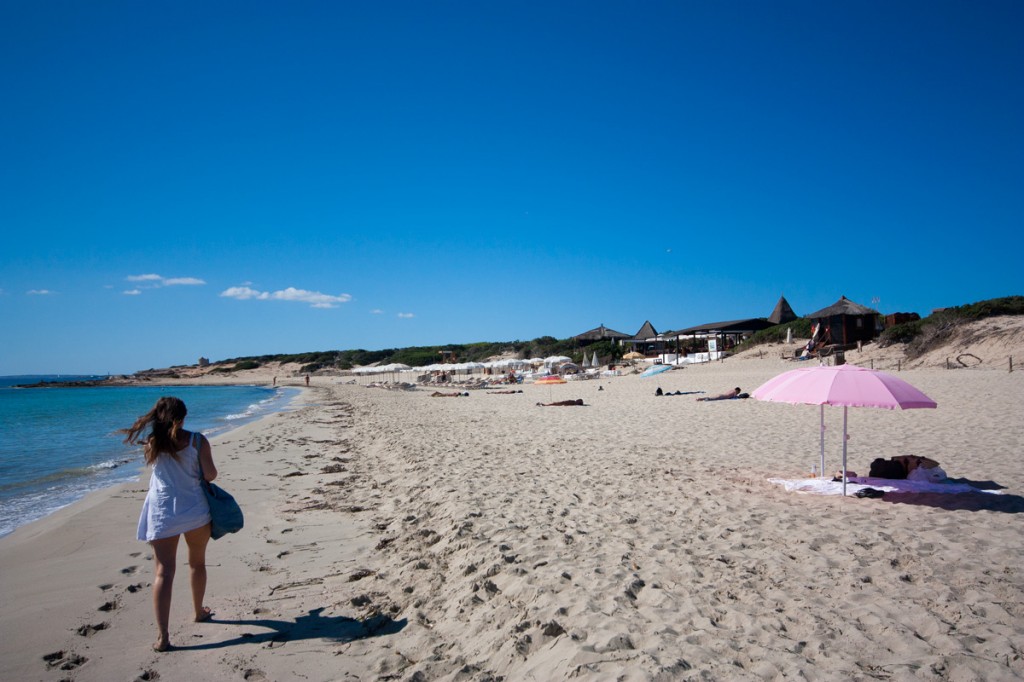 On the walk along the beach we’ll find many beach bars and restaurants, some of them gay, where you can stop to rest and regain energy, taste some Mediterranean and local cuisine dishes and enjoy the scenery, both of nature and people.

At the end of the beach we’ll get to the Ses Portes defense tower. Many coastal defense towers were built during the 18th Century to protect the islands. Yet, in this case, the tower dates from the 16th Century and was used as sentinel to defend against pirate attacks. Right next to the tower there’s a fishermen huts area, where you can enjoy a very nice view to Formentera. 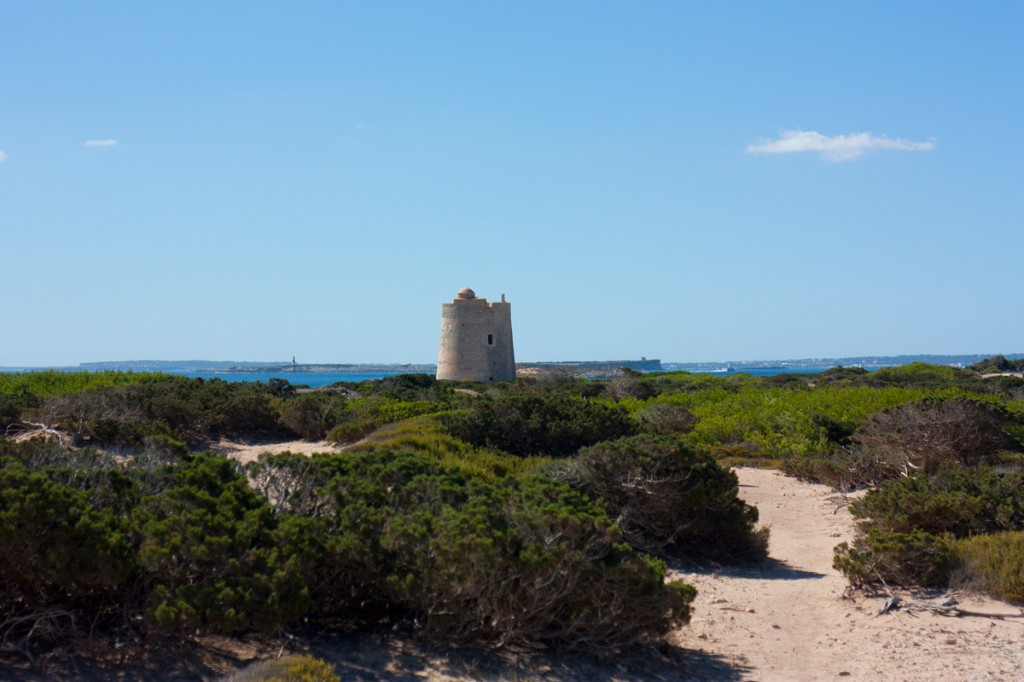 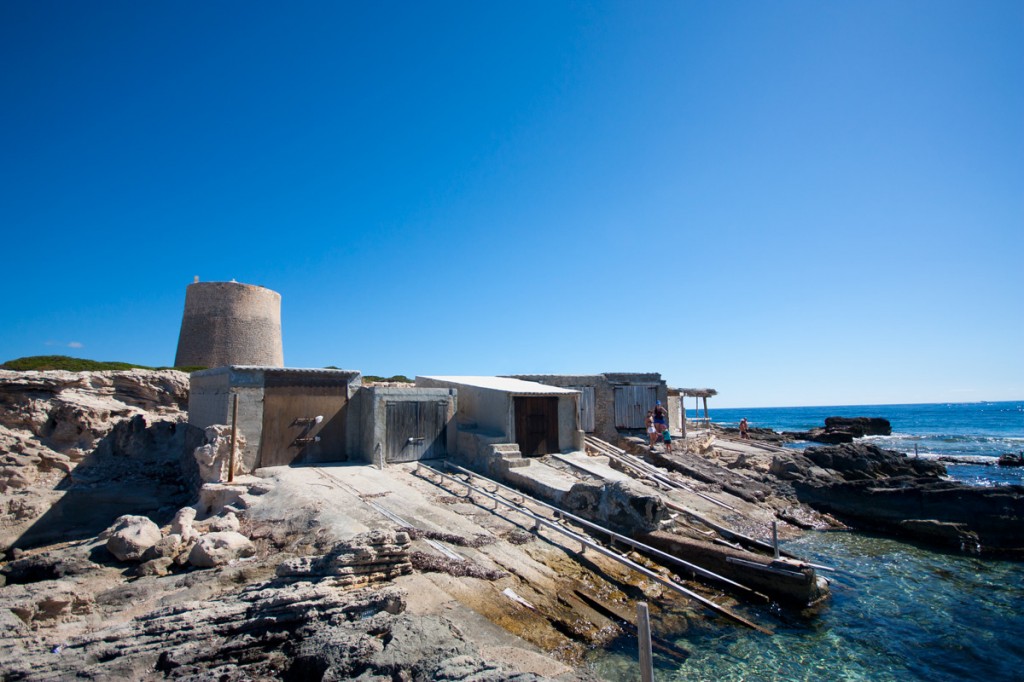 Continuing to the right, by a green path and full of juniper trees we’ll get to the beach of Ses Salines. First you’ll see a series of small idyllic coves followed by an extensive sandy area. The clear blue waters of this area are famous worldwide. In Ses Salines you can always find a great cosmopolitan atmosphere, as it’s always very busy until sunset. Each beach bar and kiosk has its own style, since it’s a beach that combines family atmosphere with the most glamorous ambiance, usually focused on the terraces and in the sunbeds area. 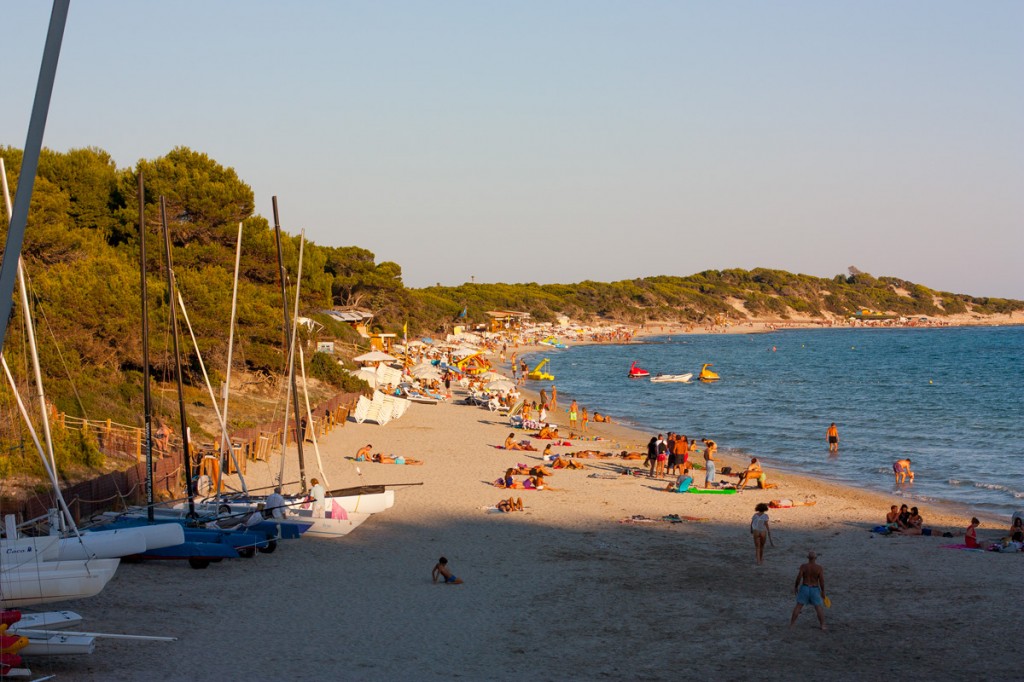 Both in the beaches of Es Cavallet and Ses Salines you can take a swim in one of the most pristine waters of the island, which owe their crystal clear look to the Posidonia seagrass meadows in the seabed of this area, declared as a World Heritage Site.