HOW TO GET THERE

You can get to Cala Carbó by following the road connecting Sant Josep with Ibiza town and Sant Antoni respectively (EI 700). A stone’s throw from Sant Josep, at Km. 12.5 approximately on the road to Sant Antoni (next to a pizzeria), there is a turn-off to a number of beaches, including Cala Carbó. Follow this road (PMV 803-1) for several kilometres until you find the sign for Cala Carbó on the left. 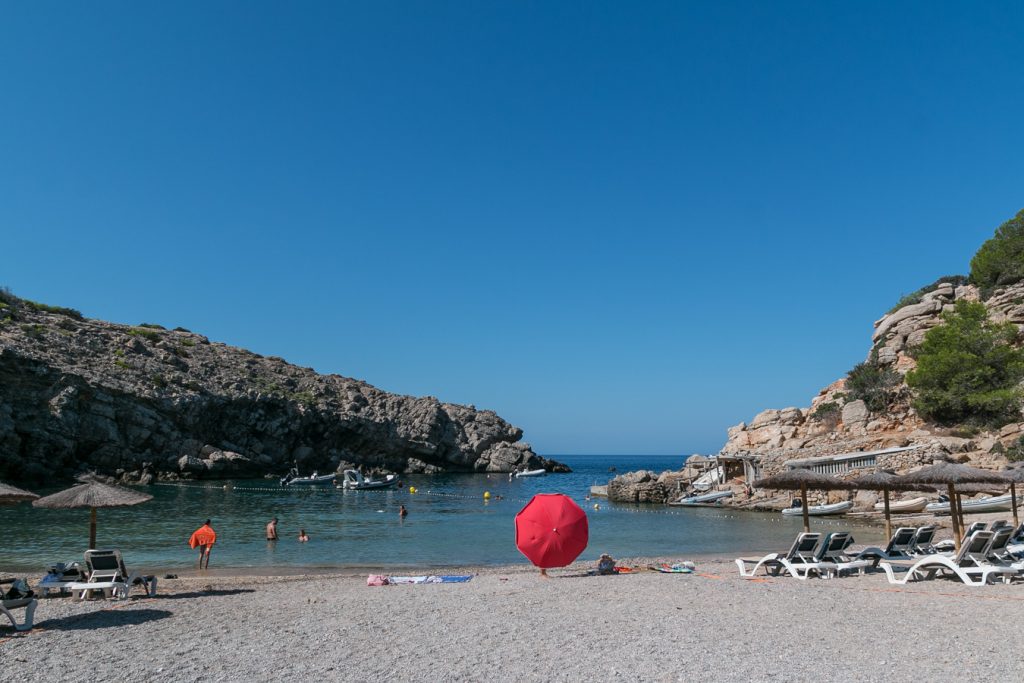 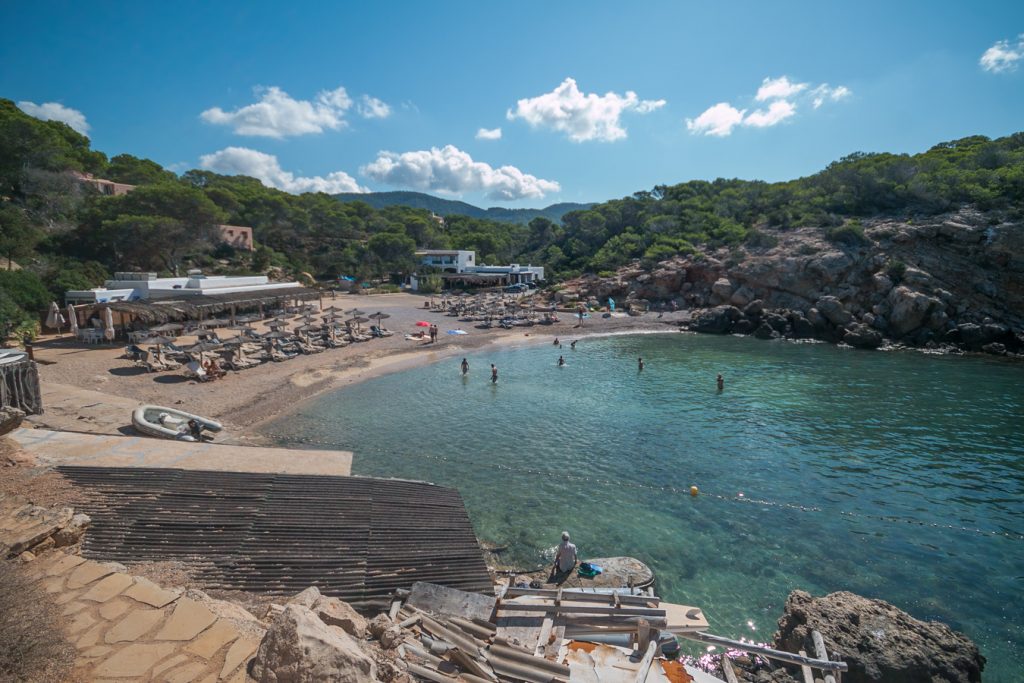 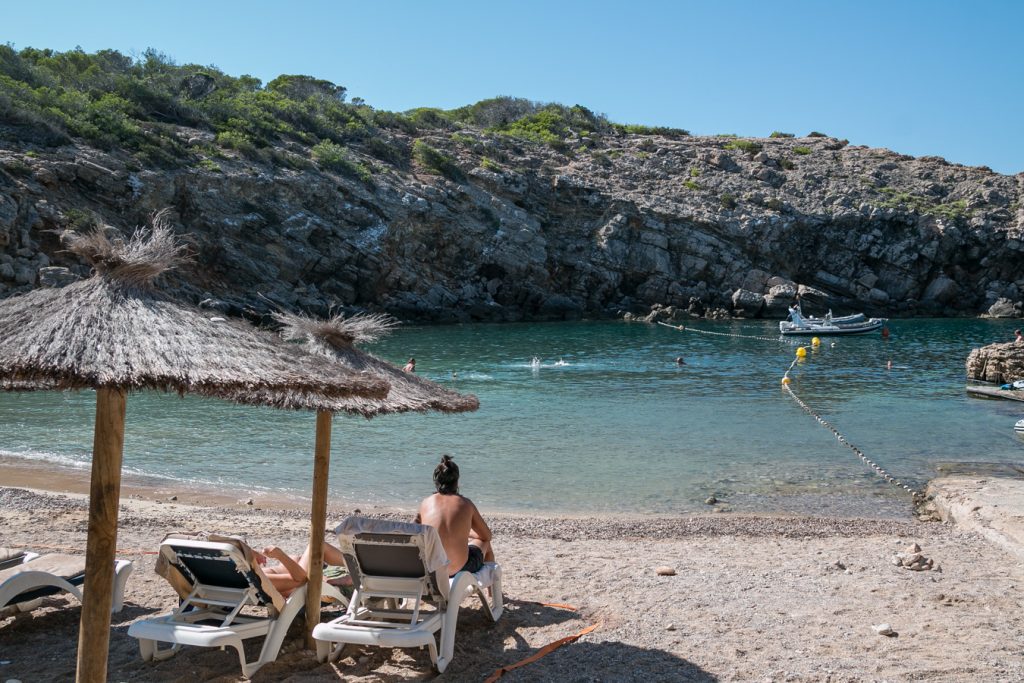 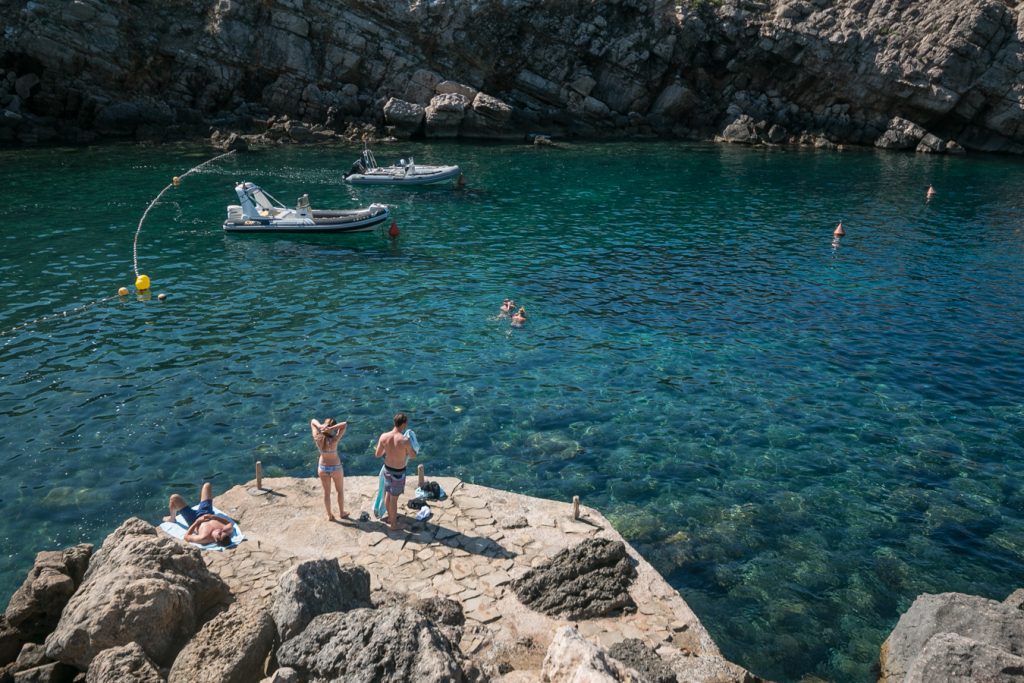 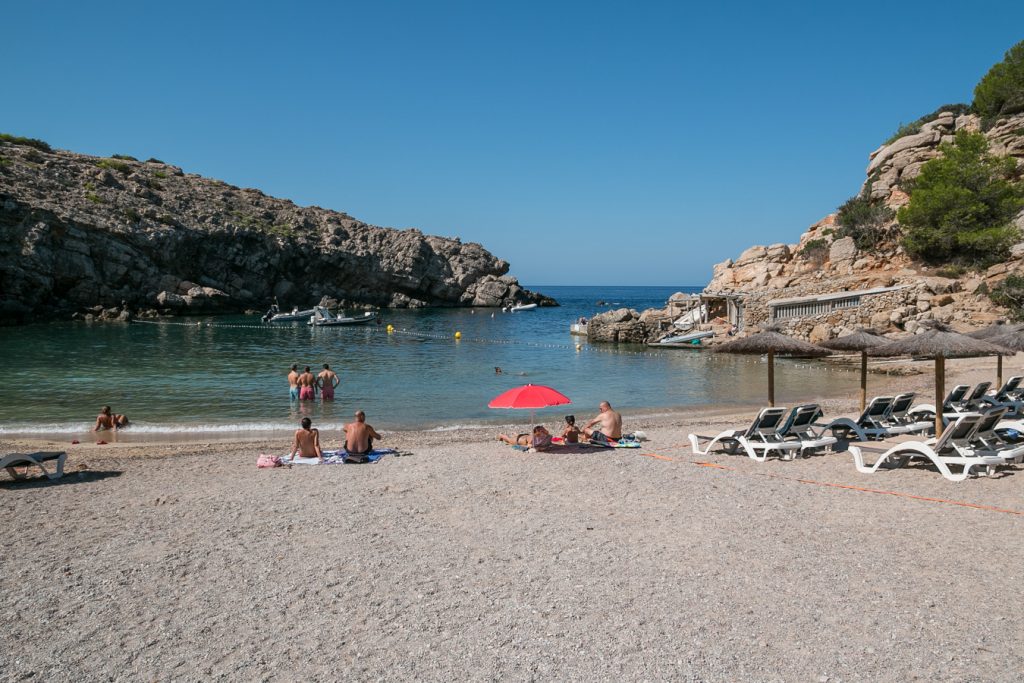 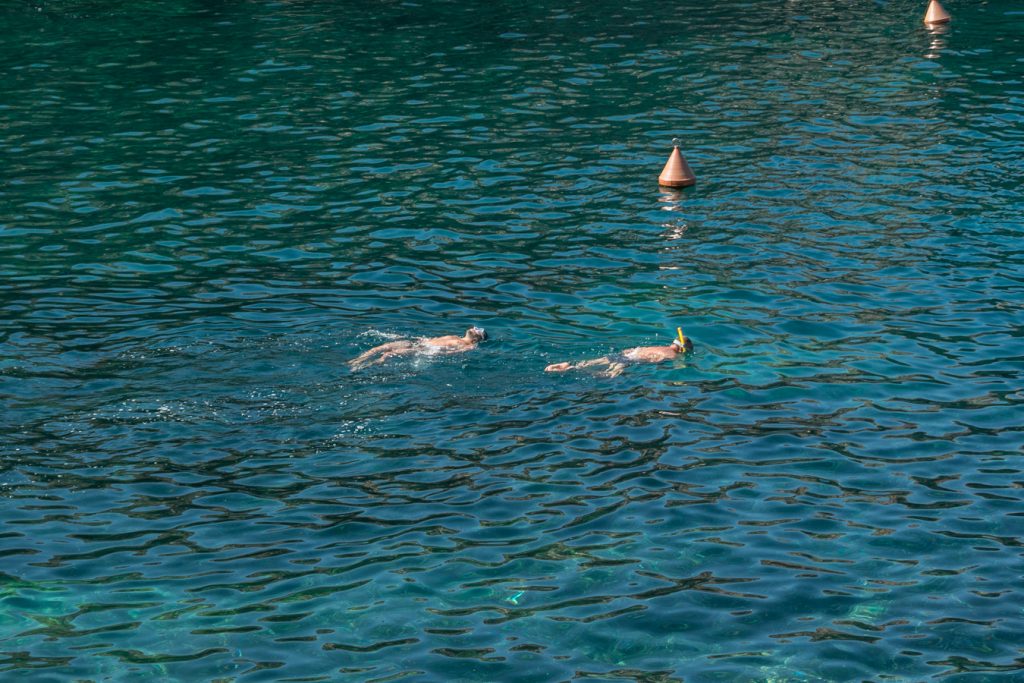 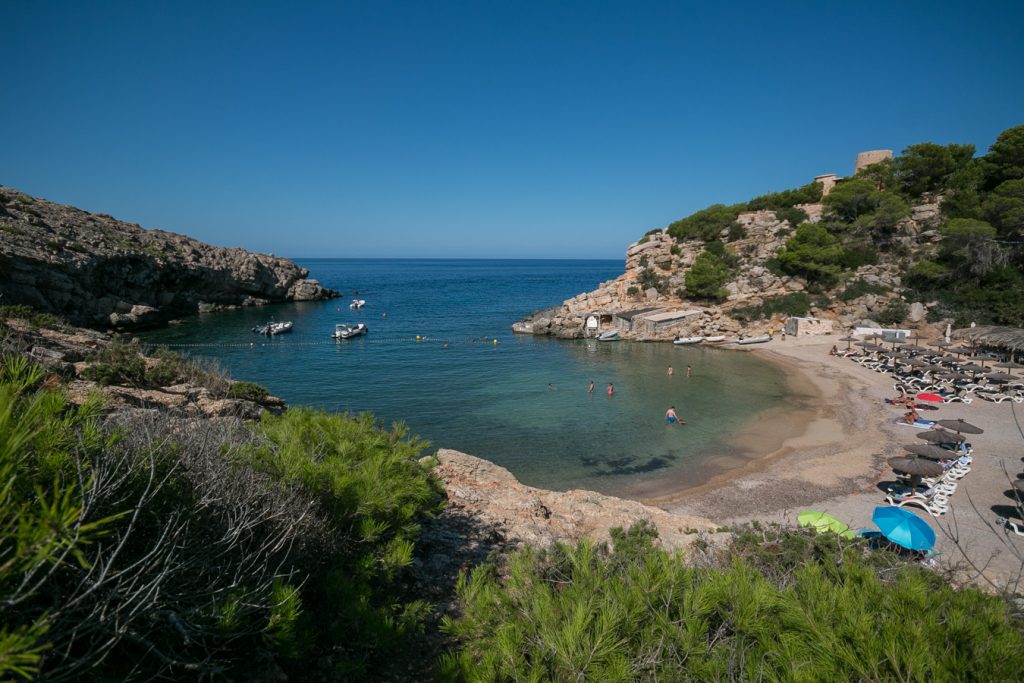 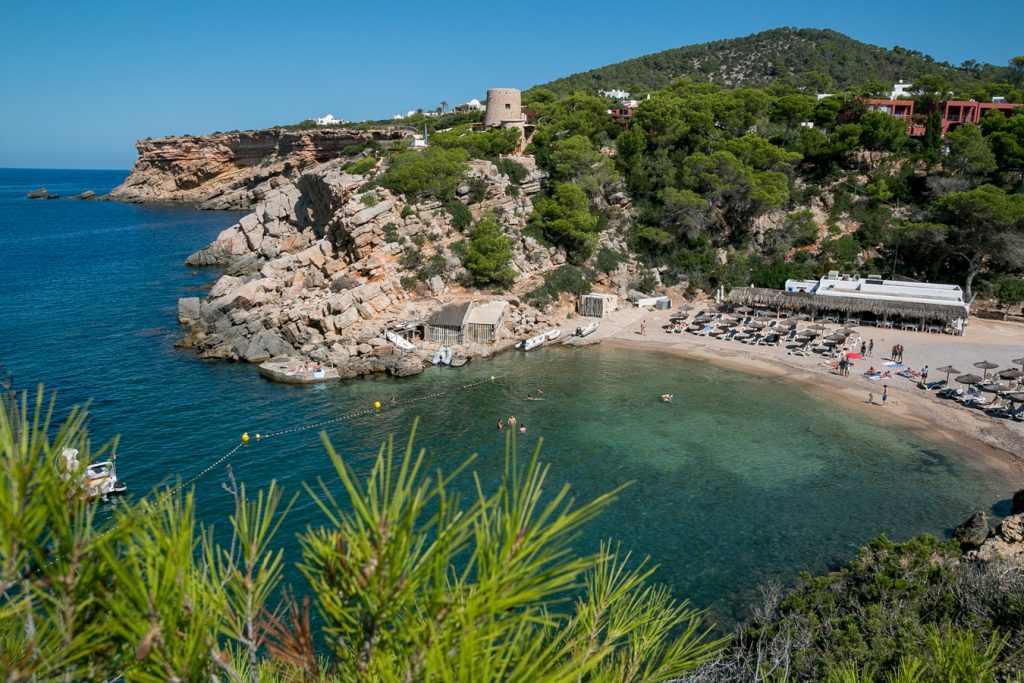 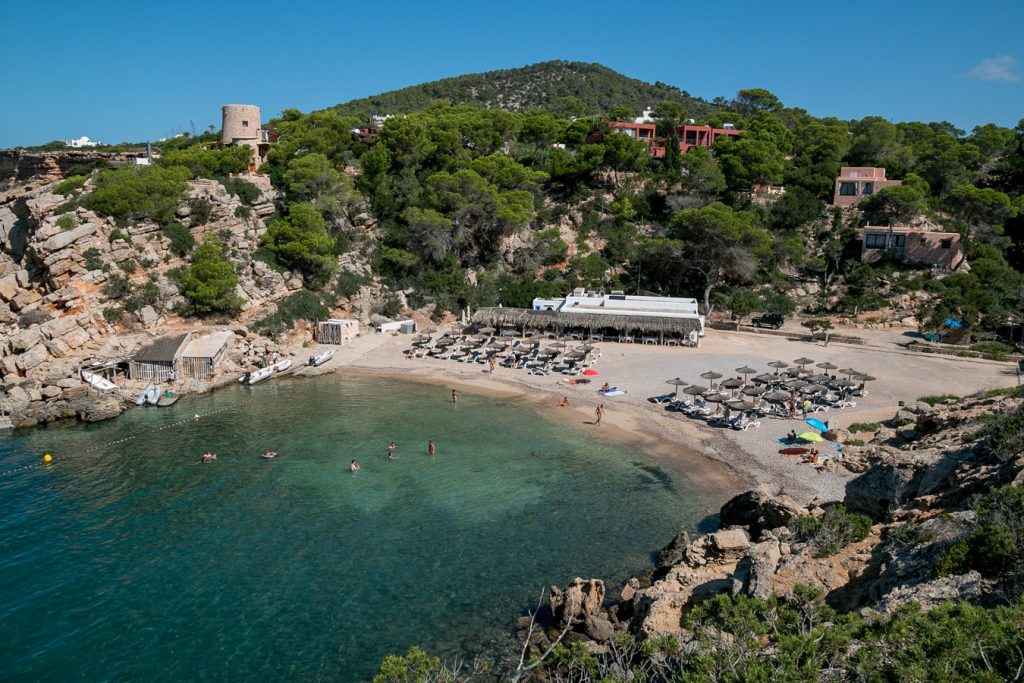 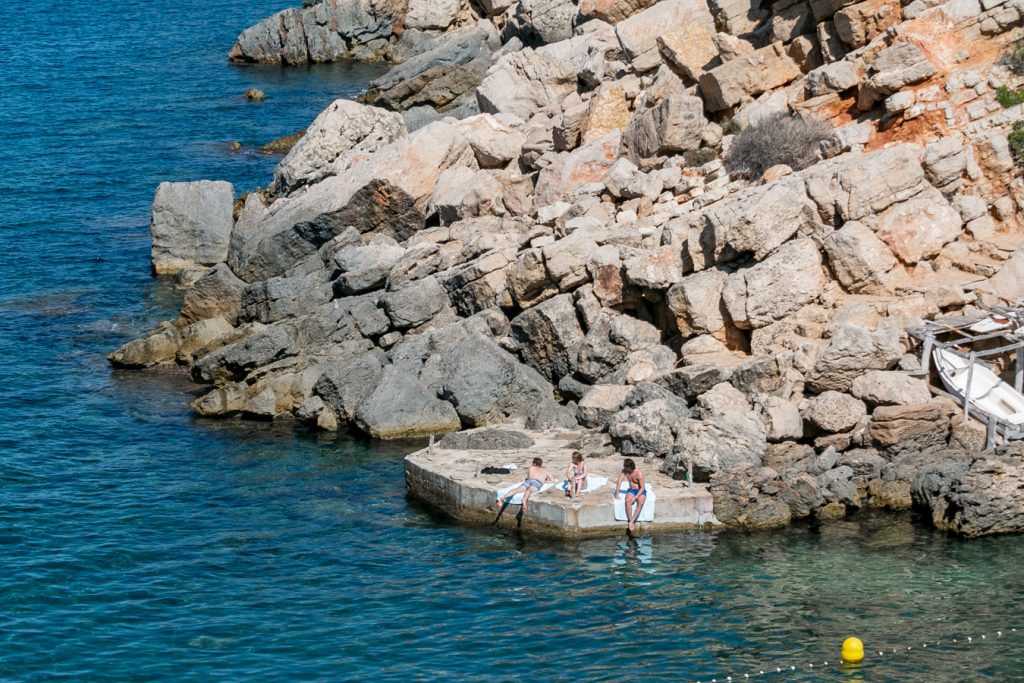 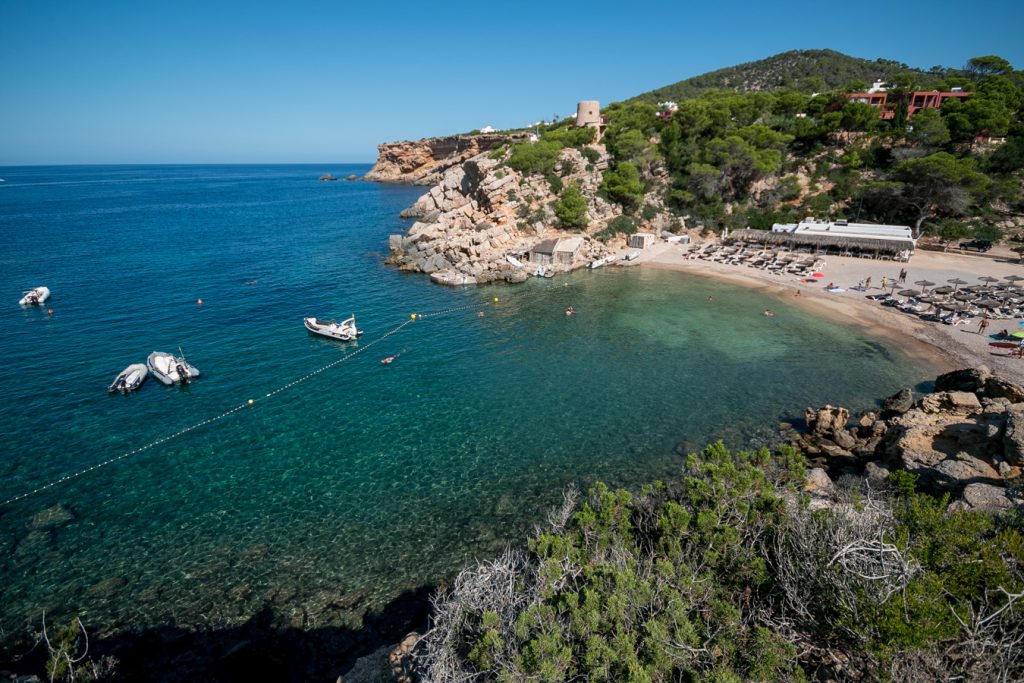 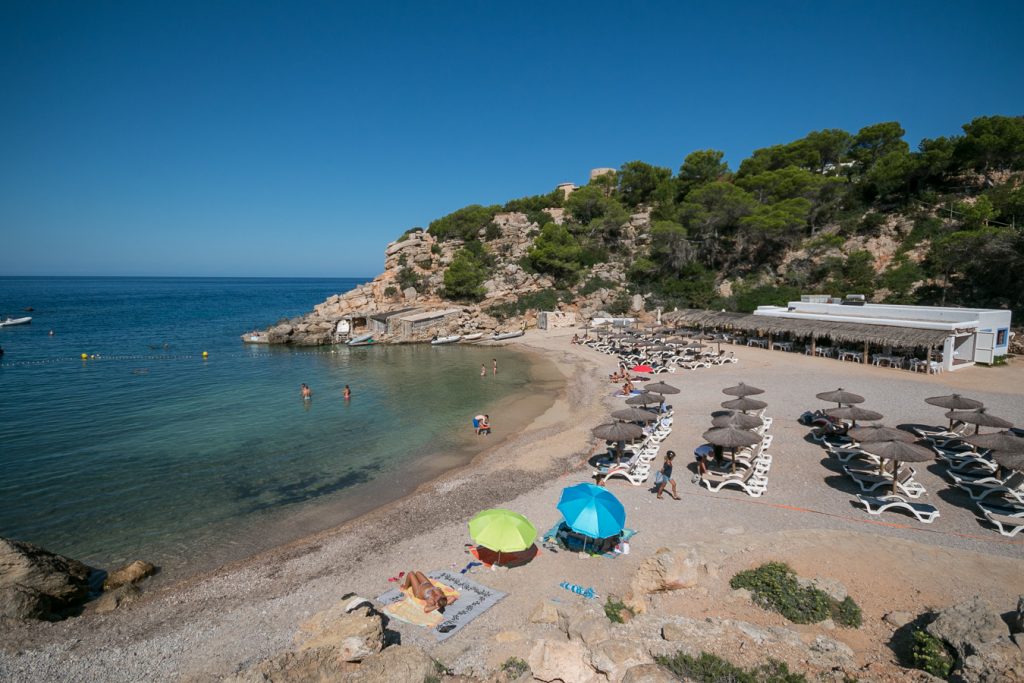 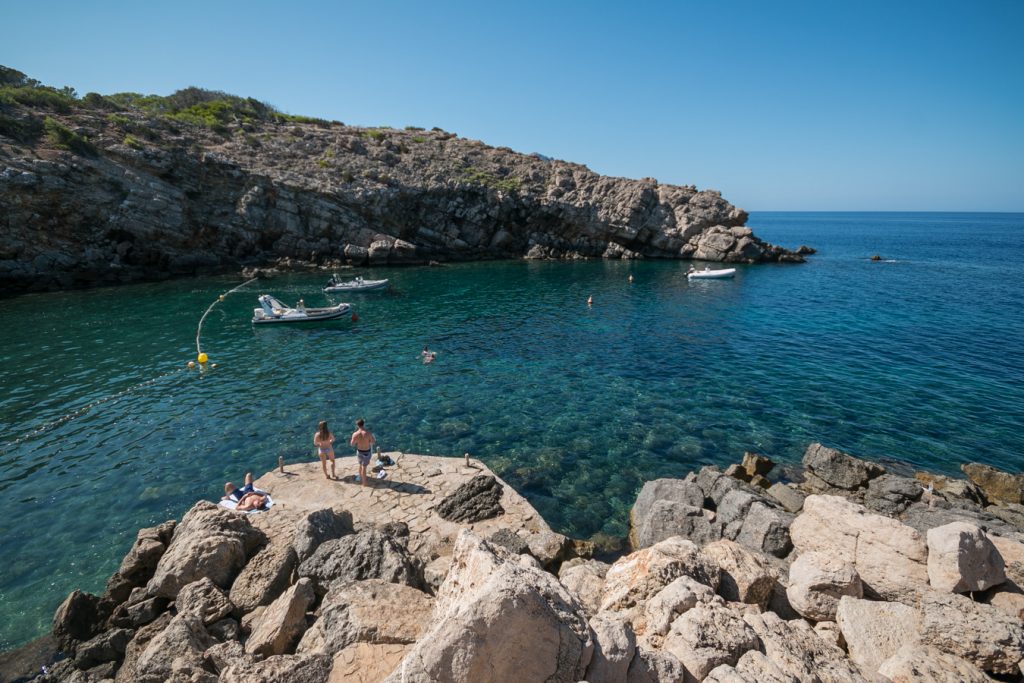 Access to the beach is flat and easy. After leaving the shelter of the cove, we will see the immense mass of Es Vedrà on our port side, the top of which was already visible from the start of the tour. In just a few paddle strokes we will be in front of Cala Truja, a rocky inlet that shelters a tiny cove with a boathouse. The surrounding coastline is made up of medium-height rocky cliffs with a predominance of earthy and reddish shades. 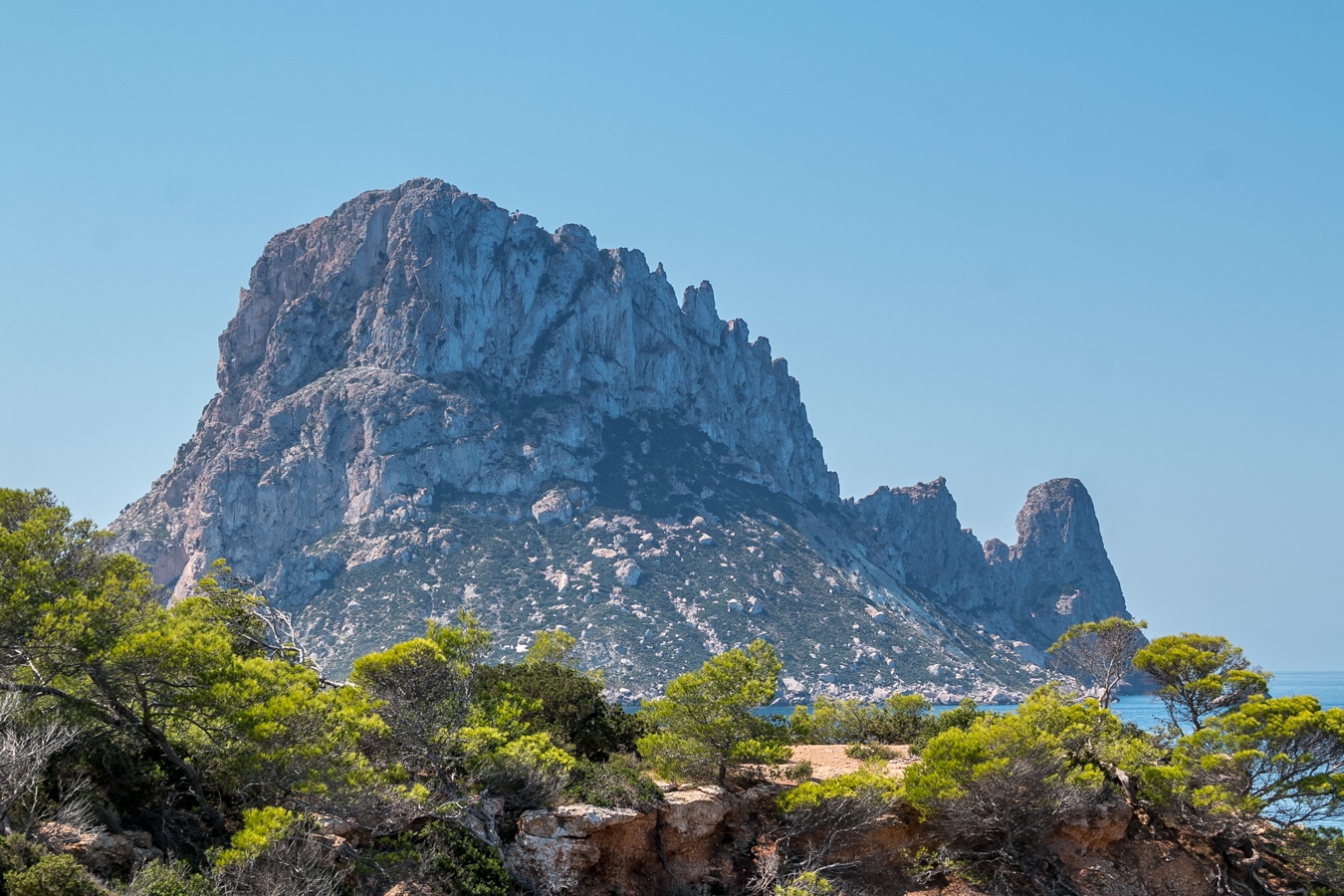 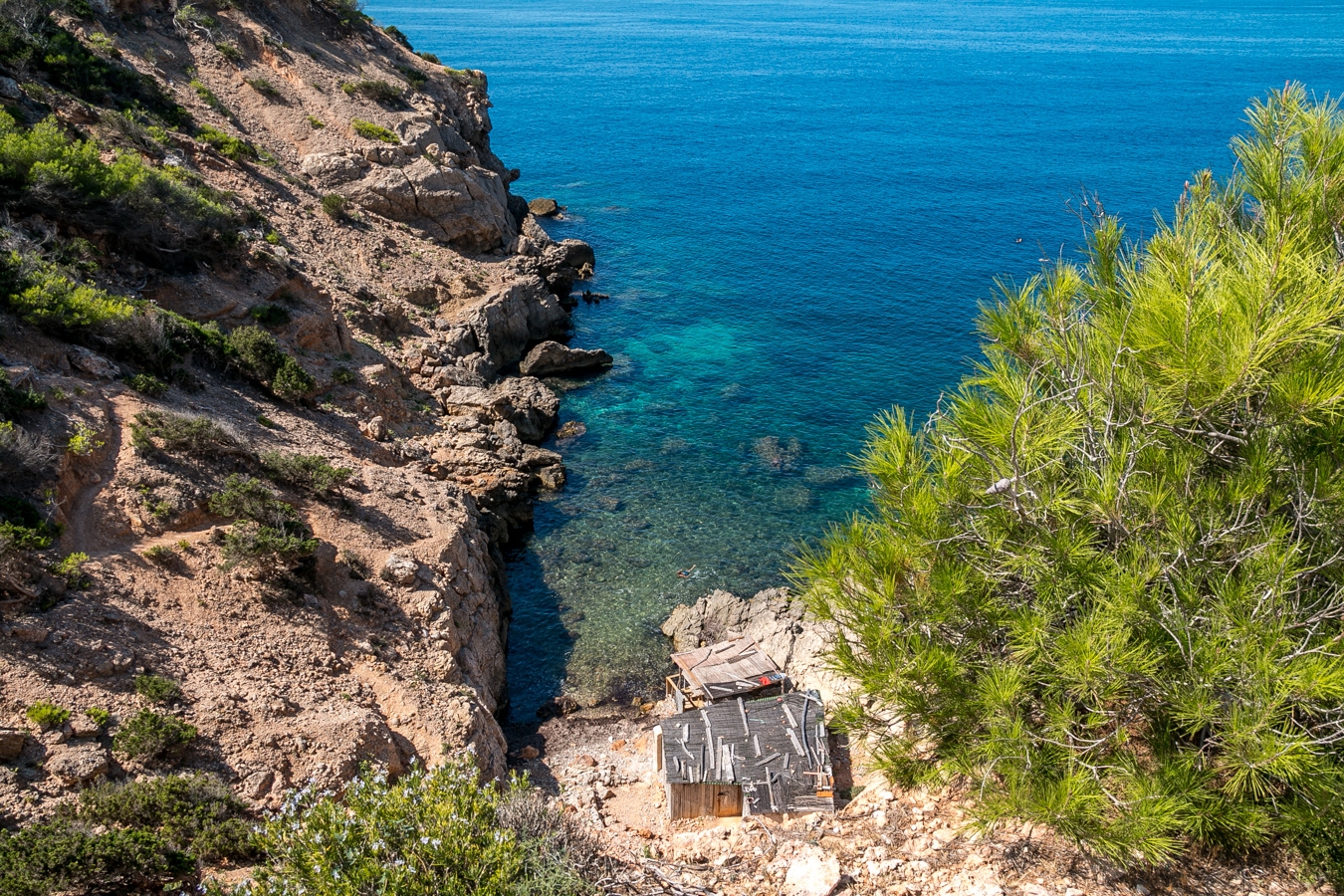 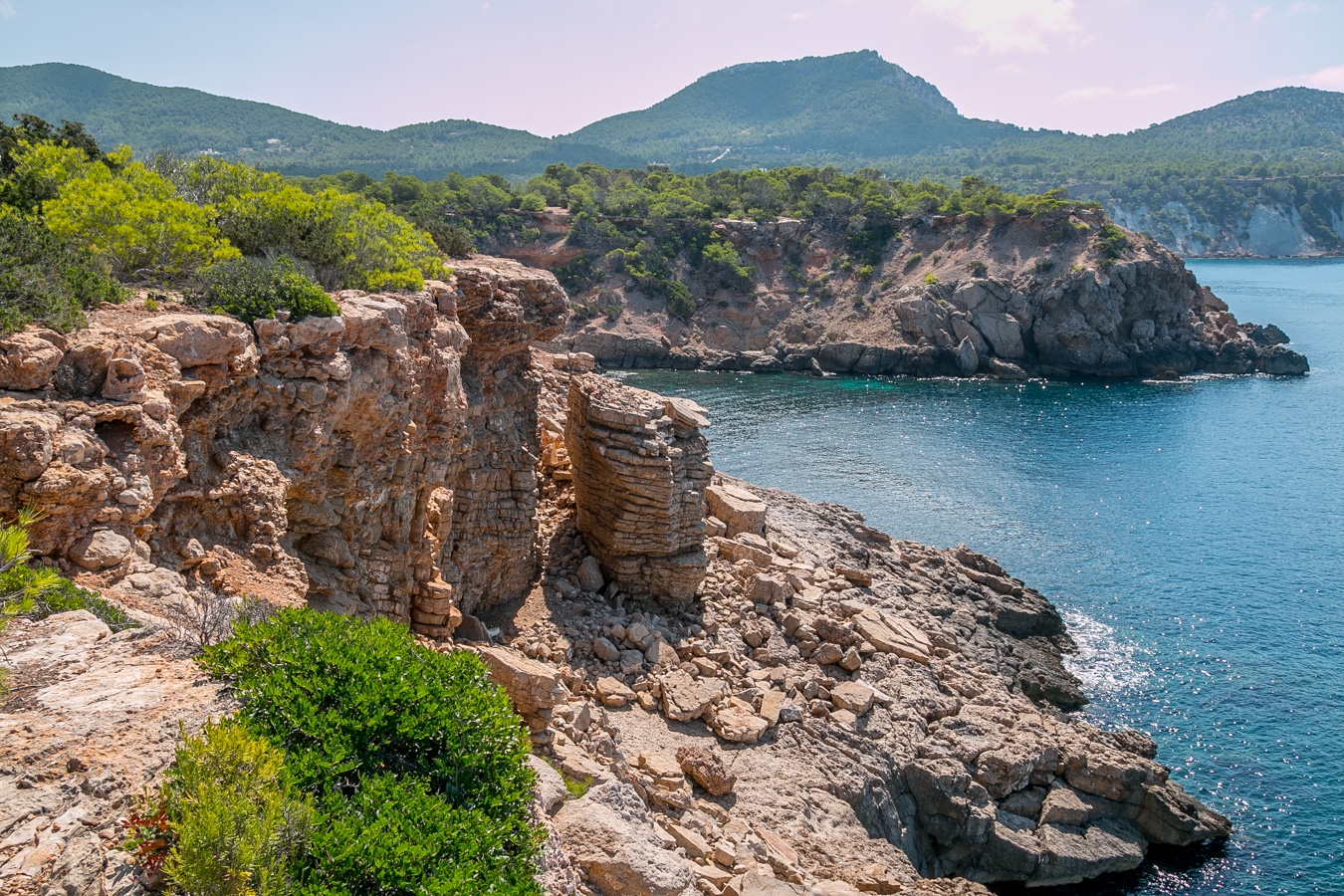 Following the coast, we will border the islet of Escull de Cala d’Hort, which precedes our arrival in Cala d’Hort, with the imposing profile of Es Vedrà on the starboard side at all times. Cala d’Hort is a wide cove, with a combination of rocky shoreline and strips of sand. It has a well-marked access channel, so you can go ashore if you wish. On its left side, near a well-known restaurant, there is a large cluster of boathouses.

As we continue paddling, we will observe that, once we have passed the cove, the coastline rises significantly, showing more clayey tones. Indeed, the point we are heading for is called Cap Blanc (White Cape) for this reason. When we round the cape, we will find an area of reefs, so proceed with caution if the state of the sea so requires. After hugging the coastline at the foot of an esplanade which is a very popular viewpoint of Es Vedrà, if we wish, we can take a rest on a pebble beach called Racó des Mataret.

The stretch of coast that lies ahead of us ends at Cap Jueu, also called Punta de la Oliva, at the top of which is the Es Savinar watchtower, one of the many defence towers scattered along the coast of Ibiza that were used in the past to warn of the arrival of potentially hostile vessels. 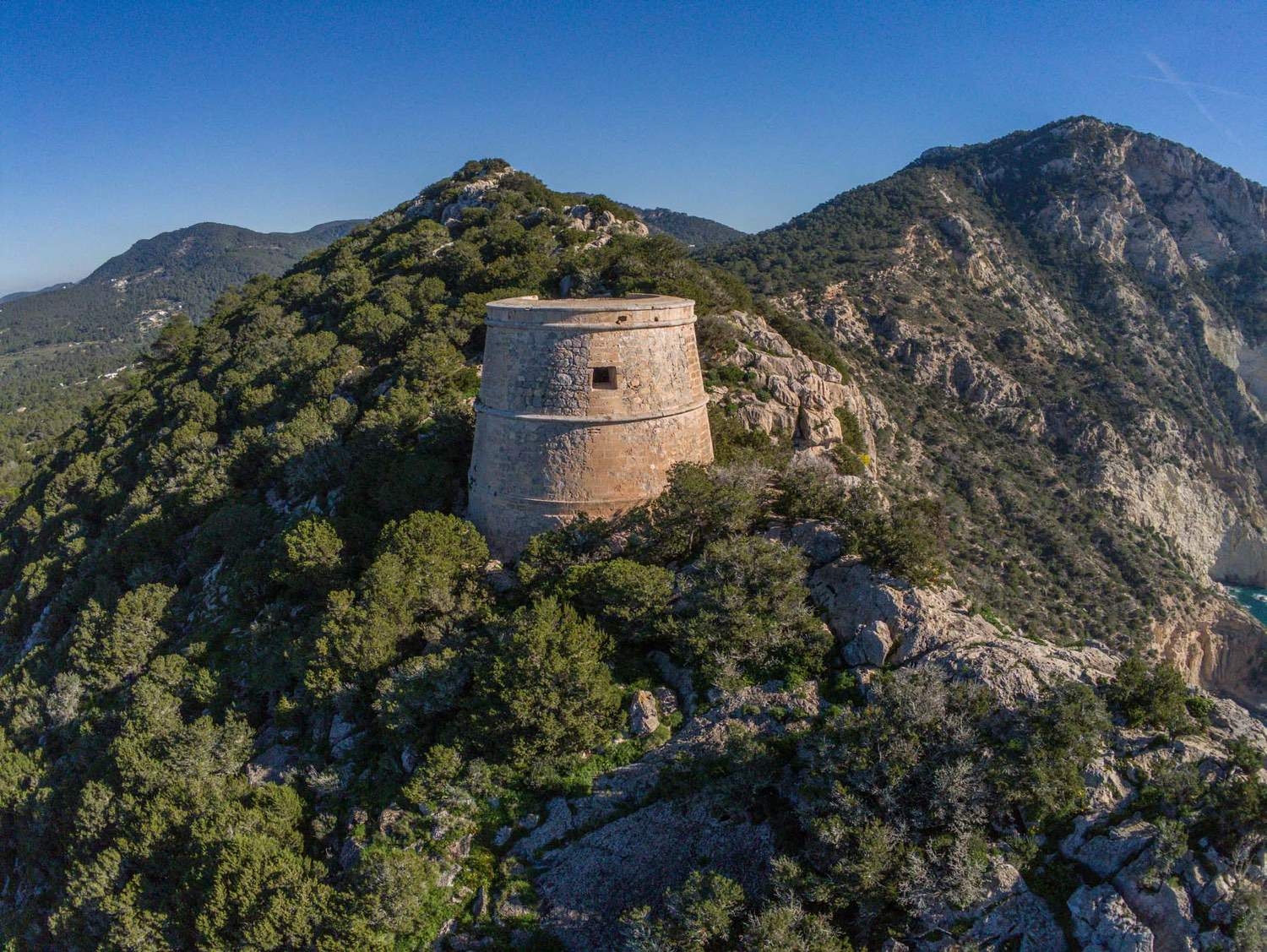 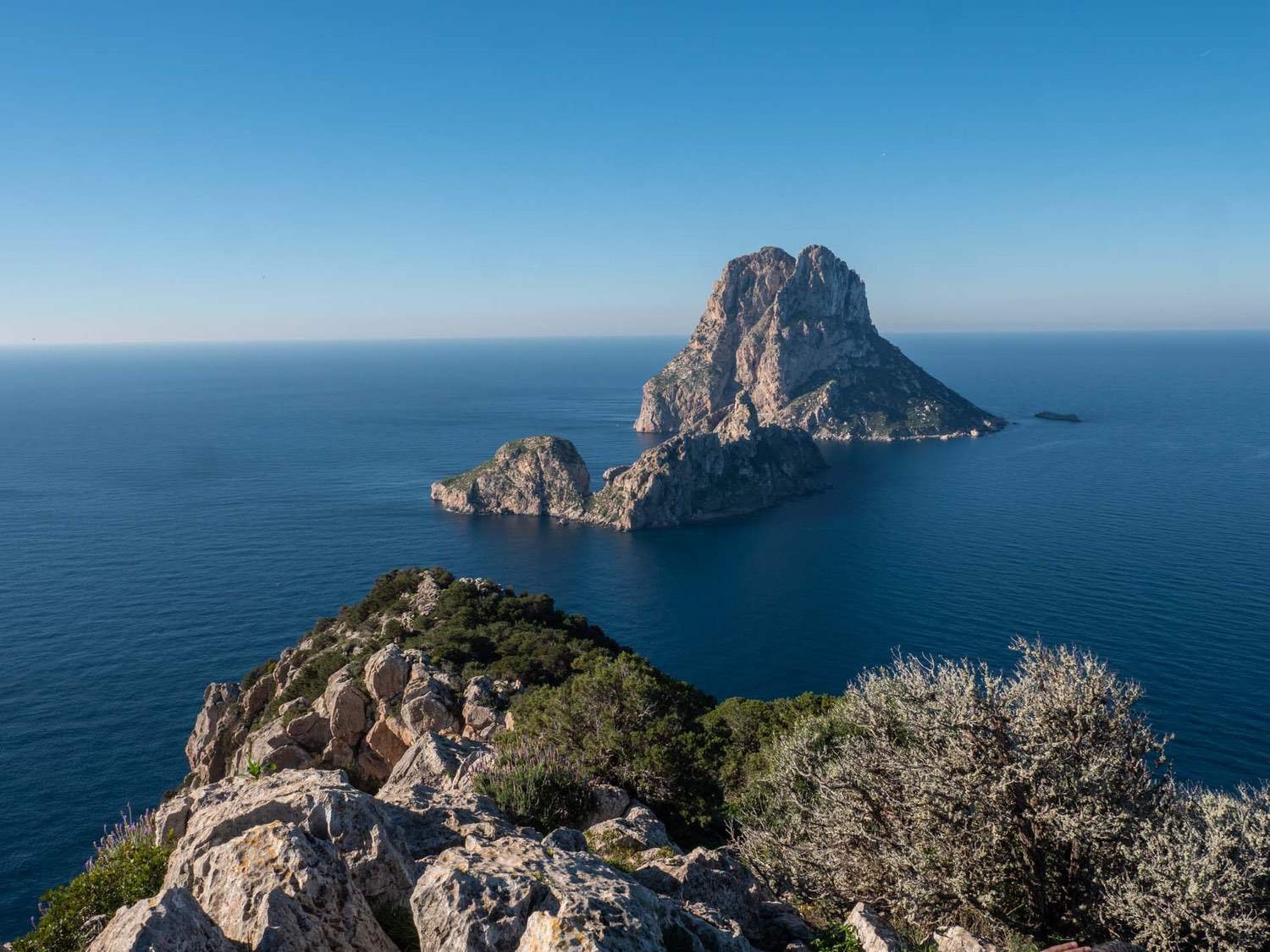 We will then continue canoeing beneath some imposing stone cliffs that conceal our final destination, Sa Pedrera. As we round Cap Jueu, the coast is just as impressive, with some remarkable reefs emerging from the sea and with steep slopes and cliffs. One of them will attract our attention because it has a sandy area halfway up it. At its feet, at sea level, we begin to see the curious, geometric shapes that indicate that we have reached Sa Pedrera, also called Atlantis. This is the place where the blocks of sandstone were extracted to build the walls of Ibiza. 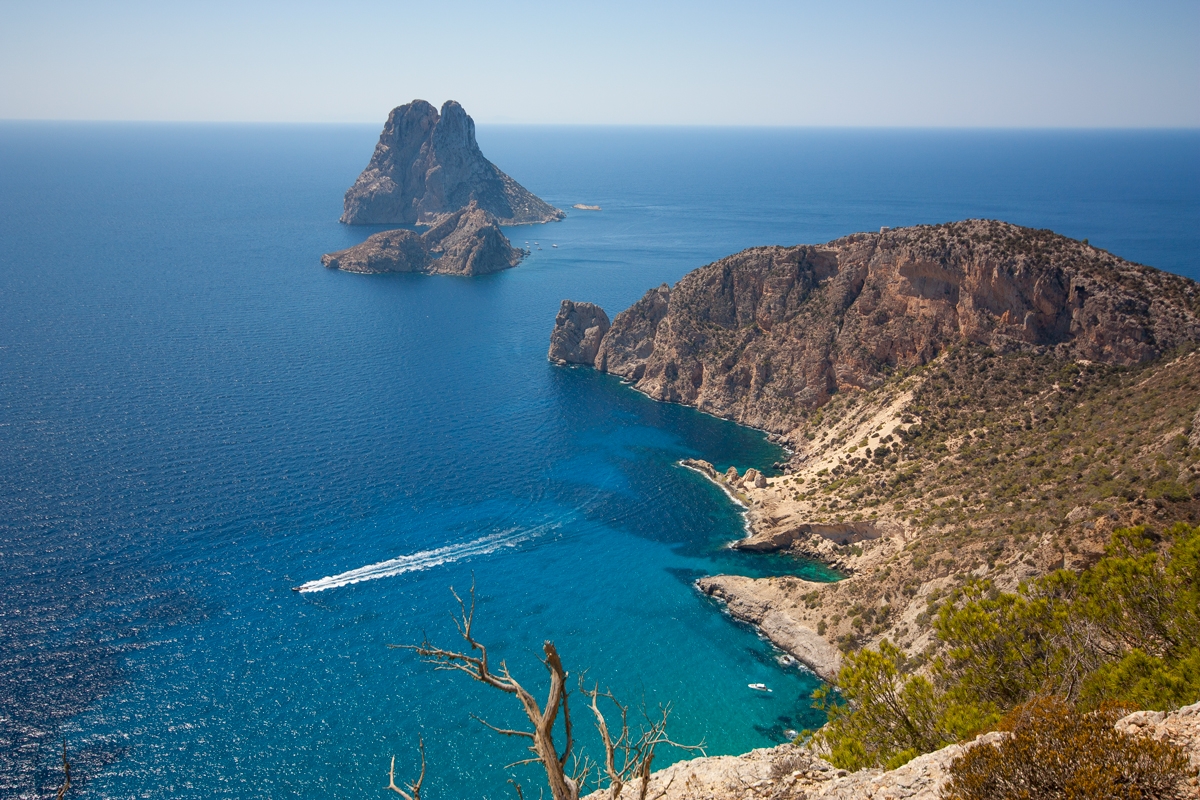 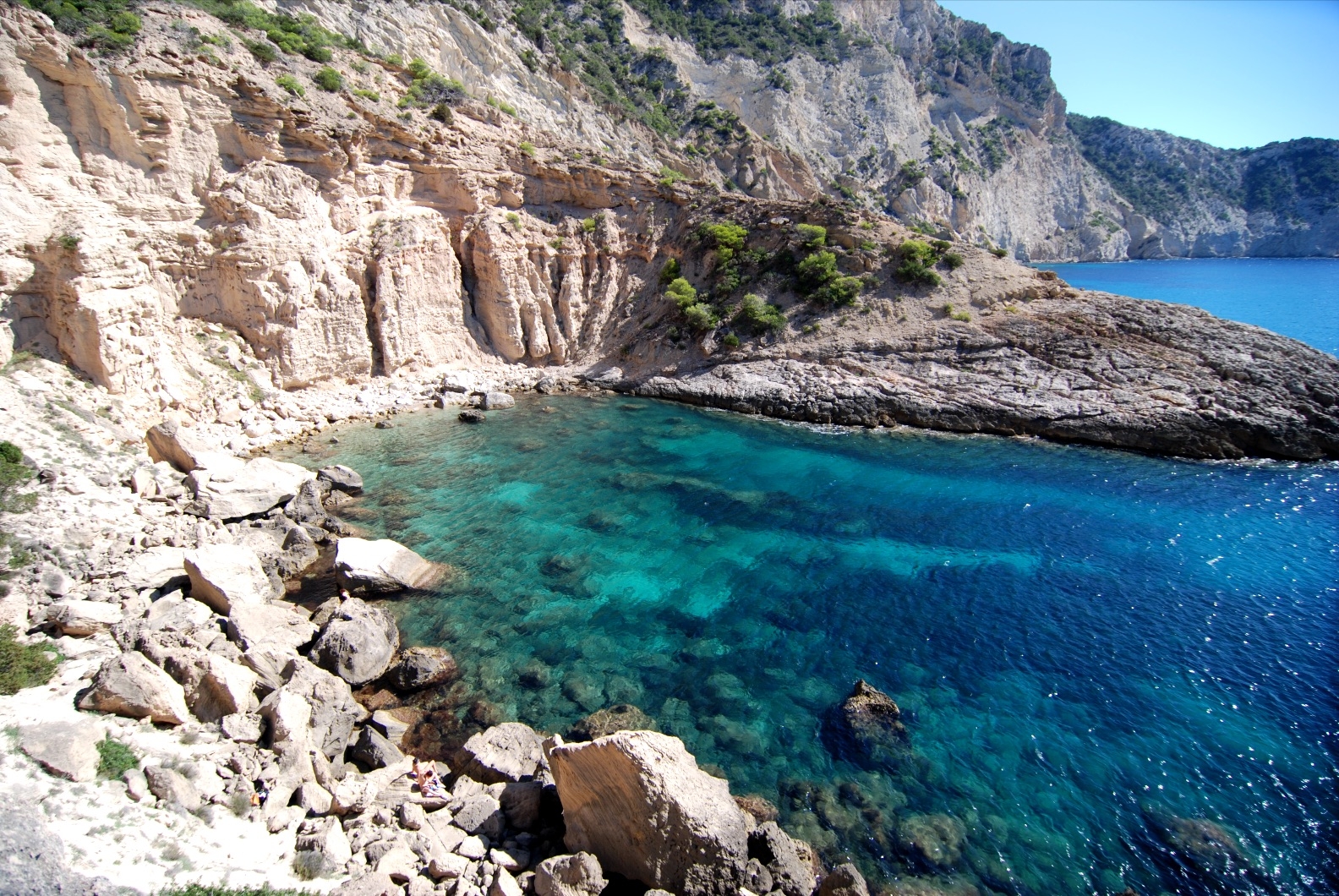 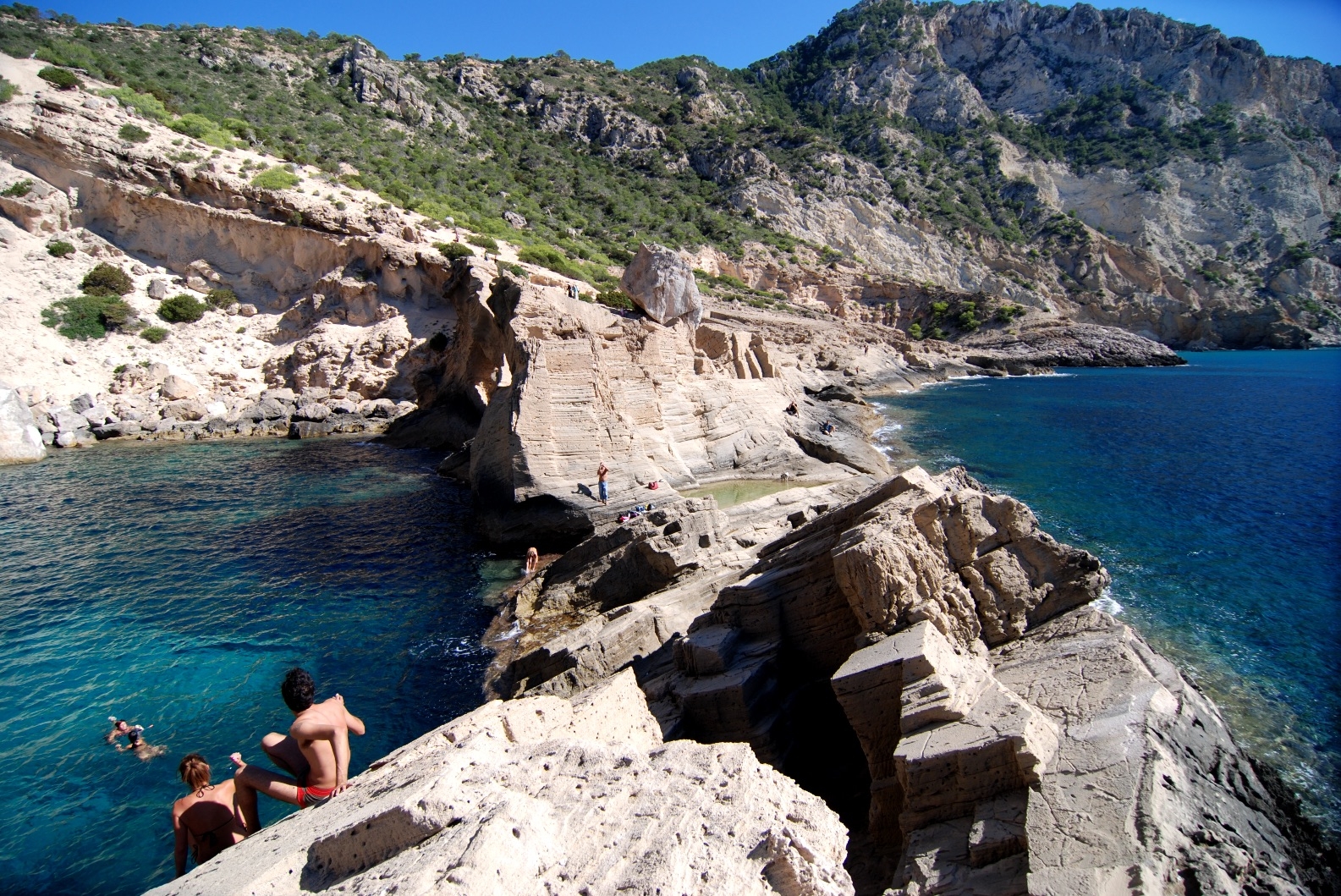 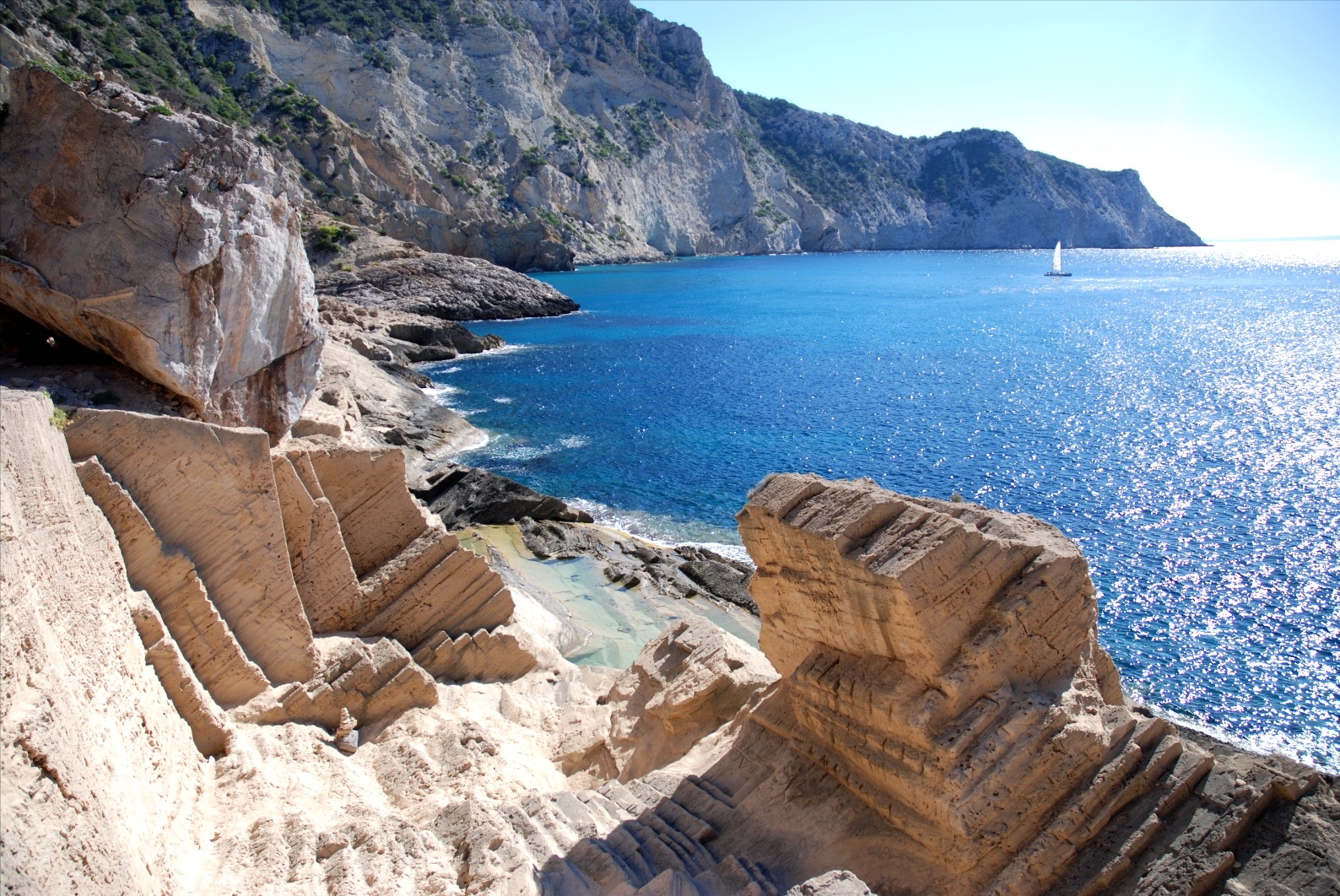 The spot is very popular but its difficult access on foot limits the number of visits. It contains a couple of pools formed by the accumulation of seawater in the symmetrical cuts of the quarry. We will observe carved stones with human forms and numerous inscriptions. It is a place full of mysticism. For the return trip, the ideal thing is to get the timing right to coincide with sundown and admire the sunset with Es Vedrà and Es Vedranell as a backdrop.